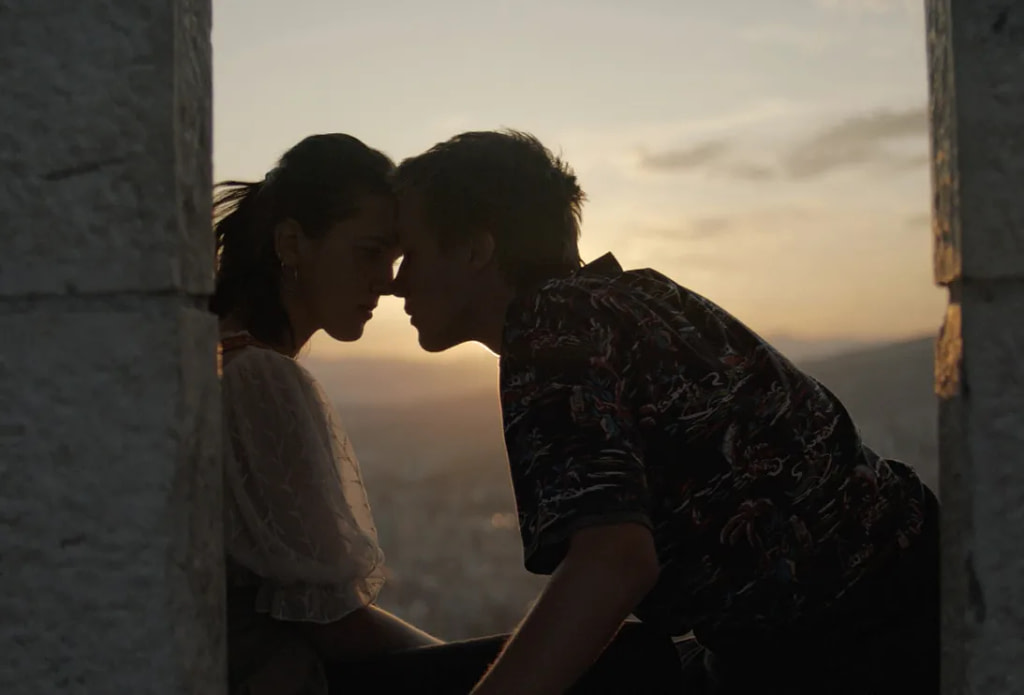 For all its solid performances, beautiful cinematography and interesting characters, The White Fortress is beautiful in moments but uninteresting in others. Photo Courtesy of TimeLapse Pictures.

The story of Romeo and Juliet is well-trodden in global culture—and not just in adaptation. Tales of star-crossed lovers separated by family or class background have been told time and time again over the centuries since Shakespeare first performed the famous tragedy. With his film The White Fortress, Writer and Director Igor Drljaca presents a new pair of star-crossed lovers—this time with a twist and significantly less tangible tragedy.

The film begins with Faruk (Pavle Cemerikic), a young man living with his grandma who makes his way by scavenging scrap metal with his uncle and working with his friend Almir (Kerim Cutuna) doing small jobs for local kingpin, Cedo (Ermin Bravo). The first job we see Faruk work is driving a teenager to Cedo for prostitution, and he’s not completely at ease with it. After that, he returns to his scooter to find its wheels stolen. While these moments show his character and are meant to endear him to us, I feel Cemerikic’s acting does a lot for the character, too. Early on he catches his grandma watching a tape of Faruk’s mother playing piano in a symphony. We understand Faruk’s feelings about losing his mother entirely through Cemerikic’s eyes and movement. He’s charming, too, when flirting with his Juliet: Mona.

Mona (Sumeja Dardagan) is a 15 year-old in a world very different from Faruk’s. She lives with her wealthy parents in a modern house on a hill, takes English lessons, yet is, most of all, kind. She’s soft-spoken and gentle. She embodies much of what Faruk doesn’t have in his life. When they meet at the mall one day, Faruk charms her and gives her his number and is later shocked when she calls. What comes next is a quiet romance between the two spent riding on Faruk’s scooter, getting drinks, and—in my favorite scene in the film—walking through and lying in a meadow.

The cinematography and camera work in this film are gorgeous throughout, but the shots here are absolutely my favorite. Opening with a shot of the lovers’ hands held above them against the sky, the camera cuts to them walking in the grass. Mona says she could live there, remarking “I’d keep ten wild dogs and you.” Faruk asks what she’d eat, and she says she’d send them to hunt. He says they’d get sick from contaminated water, and she says, “I”m not a fool. I’d boil it.” Faruk continues to ask, “How?” while Mona gives brief answers to let the vision be.

This cements the difference between the two: For Faruk, life is survival, and for Mona, life can be a dream. This same dynamic can be seen in an earlier scene, when Mona compares a wooded road they’re walking on to that of a fairy tale. For Faruk, it’s more in line with something out of a horror movie. However, neither is wrong and neither is naive.

Like other good versions of the “lovers-divided” trope, The White Fortress gives its couple different worldviews. This makes the relationship interesting to watch while also creating a philosophical divide that the audience can track. Drljaca’s script opts for subtlety and nuance in communicating this divide.

The film is subtly all over the place, and not just in its character dynamics. Its commitment to quiet realism makes it more heartbreaking, like when Faruk and Amir retrieve Minela, the teenage prostitute from the beginning of the film played by Farah Hadzic. She’s scratched and bruised as she exits the gate to Cedo’s property, and that’s the extent of it. The film implies the pain without needing to show it, and it works just as well—if not better. When Amir pushes Faruk to traffic Mona as payment for Cedo’s forgiveness, the film doesn’t commit to the drama that that could entail and instead has Faruk turn down the work and go on his last date with Mona.

The White Fortress, or Tabija, takes its name from a centuries-old structure in the city of Sarajevo. It’s that same fortress that Faruk and Mona find themselves in at the end of their time together. They talk about the valley below them and its history, not in a grand reminiscent way but casually. This is a subtle romance, after all. They kiss in an archway as the sun sets behind them, and the camera cranes up into the sky for a beautiful time lapse of Sarajevo into the morning. When Mona wakes up, Faruk is gone without his scooter. Vanished.

For its solid performances, beautiful cinematography and interesting characters, the film’s nature is practically unassuming. Its quiet existence is beautiful in moments but uninteresting in others. Overall the effect is good in the moment but forgettable after the credits have rolled. At the end of Mona’s final monologue, given to her English class, she tells a fictionalized version of her romance with Faruk and remarks that no one else remembers him. This could be read as a comment on how the poorer class is forgotten, but for me it’s an unfortunate likelihood for The White Fortress itself: a beautiful but fleeting moment left to be forgotten in the years ahead. –Max Bennion