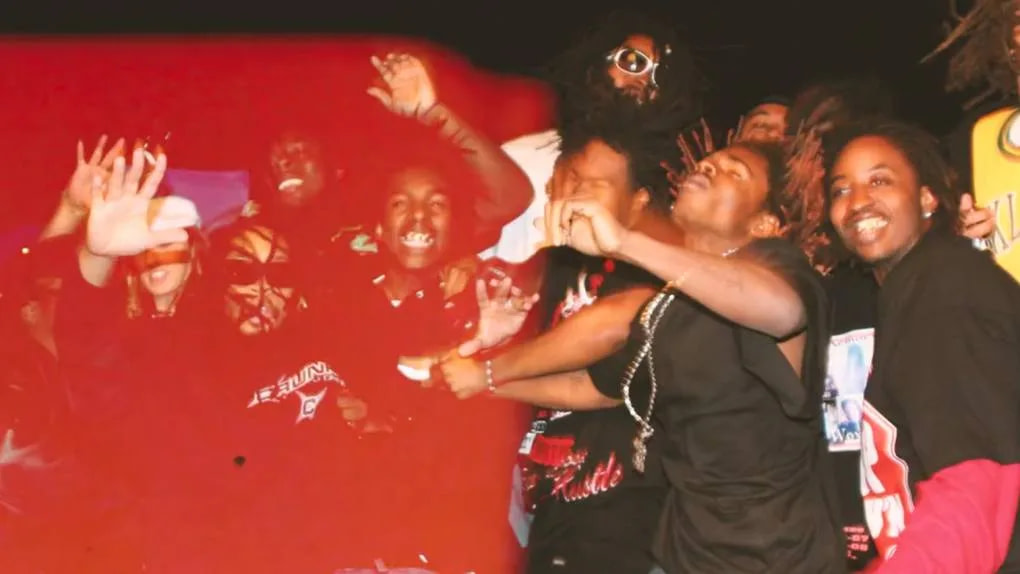 For a documentary about 20-year old niche, cultural movement, We Were Hyphy is a testament to the craft and love of those behind it. Photo Courtesy of Castle G, Boxmaker Inc.

Film Review: We Were Hyphy

We Were Hyphy
Director: Laurence Madrigal

The Bay Area has always been home to a wide array of cultures and a long history of social movements. One countercultural movement you might not have heard of, however, is the Hyphy Movement. Director Laurence Madrigal and his crew are here to change that with their documentary We Were Hyphy.

I’m going to be up front with you: I’m not big into hip-hop or rap. I respect it, I appreciate it and I listen to a handful of songs and artists, but for the most part its sound isn’t something I grew up on, and it’s hard for me to get into it. That doesn’t mean I’m not interested in learning about it, though, and We Were Hyphy immediately caught my attention.

“Let me tell you a story about a movement that almost was,” says the opening narration. A supercar burns out in a parking lot, creating a cloud of smoke that drifts in front of the camera. A group of voices sing in the background of the sound mix. Already, hyphy has been established as the stuff of legend, an epic story lost to time. We get a montage of news clips providing particular cultural context around the movement at its peak, shots of more sideshow cars burning out and dancers as the credits pass.

We’re then introduced to our narrator, Benjamin Earl Turner, a man who came of age in the Bay Area during the Hyphy Movement. The narration and its function as a framing device really works for me here. The way the film’s transitions and photo-slide montages are edited with Turner’s relaxed-but-knowledgeable narration brings the whole film together. This is good because the film needs it, but we’ll get to that later.

First, let’s talk about the Hyphy Movement. From the late 1990s to the mid-2000s, Hyphy was a countercultural movement in Oakland and the wider Bay Area. At its heart, it was about the hyphy music, characterized by its pounding, uptempo beats. Around the music, though, came the culture itself: Members of the movement wore loud clothing, started sideshows (cars perform donuts in the middle of the street while a crowd watches, bumping music) and did a dance style called “turfing.” The documentary goes in depth on all of this by interviewing musicians and performers that were well-known in the community at the time.

My favorite of the Hyphy topics the film covers is the aforementioned turfing dance style. Icecold 3000 (a member of the turf dance group, The Turffeinz) delivers a beautiful monologue about what dancing means to him. He describes it as based in love and a reflection of the self, and within the Hyphy movement it becomes a contagious energy that spreads to everyone there. Over this, Madrigal puts slow motion shots of Icecold and his group turfing. It’s a beautiful, emotionally-open moment that shows why people love music and community.

Aside from the Turffeinz, Madrigal and his producer Jason O’Mahony manage to get interviews with major “Yay Area” talent like G-Eazy, Kamaiyah, Rick Rock and Keak da Sneak, as well as people involved behind the scenes, like photographer D-Ray. Each has a personal story tied to the movement, its idols and its meaning—this is only a small sample of the people interviewed. I spent the first ten or fifteen minutes worried that I wouldn’t be able to remember who some of the interviewees were because the baton was being passed between so many people at a high tempo. My worry detracted from my focus until I realized that Madrigal—who also serves as the film’s editor—accounted for this by leaving the name and title of each person in the bottom third every time they appeared on screen.

The film is a clear labor of love, but if I have one critique it would be that its desire to give everyone involved their time in the spotlight makes the film’s ending less impactful than it could have been. Up to this point, the documentary is split into sections, such as “Back in the Day,” “Slang,” “The Fits (fashion)” and more. It culminates with the final section: “Epilogue.” This is important to the film’s structure as it ties up the interviews and covers the state of Hyphy music today. Unfortunately, it also feels overlong and disjointed; a consequence of the sheer number of people involved. Several of the interviewees are given their final word on everything, and the film feels like it’s reached its emotional ending each time, but it cuts to black between the ending segments. This gives each segment the feeling of finality but each segment—until the last one—is immediately undercut by there being yet another ending.

I say it’s a critique, but it should hardly count as one. The number of people involved and Madrigal’s work to include them all is a clear example of how much the Hyphy Movement means to those who were in it. While the casual narration and editing make it feel like a passion project someone put together in their room, its interviews and footage prove that it’s bigger than that. Those two energies combined are the perfect way to showcase the passion of a community and make an outsider care just as much as those on the inside. For a documentary about a niche cultural movement from almost 20 years ago, We Were Hyphy is a testament to the craft and the love of those behind it that you can’t help but be drawn in. –Max Bennion

Read writeups on other documentaries:
Film Review: Grace Jones: Bloodlight and Bami
I Didn’t See You There Presents A Different Point of View on What Disability Means