Yeah, BO is a naturally occurring phenomenon at shows, but when it already smells like post-show body funk during my pre-show drink, we have a problem. There is also something to be said about any show involving a former member of the Grateful Dead that does not allow smoking. … read more

Disney’s interpretation of Alice In Wonderful added enough fluff to make the twisted story easy to swallow for generations to come. Matthew Ivan Bennett, who wrote the Radio Hour adaptation, had something else in mind—something much more twisted, more graphic, and much more intense.  … read more

Arriving at the Capitol Theatre, I knew that I was in for something other than a “typical Tool show.” The pat-down at the door was the same, and the other people waiting in line were the same, but the upscale sit-down venue caused an overall sense of mystery and curiosity among my fellow patrons.  Puscifer is the newest project of Tool and A Perfect Circle front man Maynard James Keenan.  … read more

Primus @ The Rail
By Ben Trentelman

Going into this show I had no idea what to expect. I’d already seen Primus at the Snocore Music Tour in 1998 and they put on a great show with a random line up of punk, ska, and reggae bands. Several years later they’re wrapping up a their tour with another random group whipping the ass of the mainstream scene, Gogol Bordello. Both bands seem to be composed of crazy people and attract crazy fans. … read more

I wasn’t sure what to think. If it’s an “experience,” doesn’t that usually mean that it’s a cover band? Well, this experience is led by Jason Bonham, the son of the late John Bonham, the actual drummer from Led Zeppelin. So is he cashing in on his dad’s cred? … read more 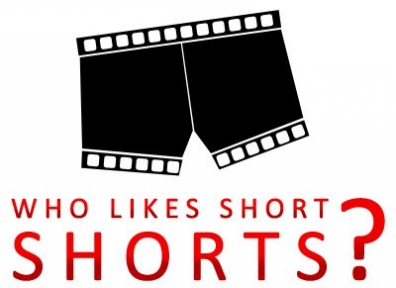 There are no clear rules in short films, so what do you look for when watching one: story, art, length? The Who Likes Short Shorts Film Festival, which began screening submissions from local filmmakers in fall of 2010, features short films focusing on wide ranging subjects in all genres. … read more

You want to make a movie, but you have nothing: no one cast, nothing written and you have 48 hours to do it. Go. … read more

I don’t know why I’m always thrown off seeing a rock show in a venue such as Kingsbury Hall or the Capitol Theatre. Something about the glitz and glamour in contrast to the dingy concert tees and occasional bout of body odor throws my concert sensors off for some reason. … read more

On Sept. 17 Ali Sarijlou’s one-man show known as Heart Pharmacy stopped at Bar Deluxe. Although Sarijlou  is currently based out of San Diego, he has Salt Lake City roots and a big local following of Ali and his music.  … read more