The Joy Formidable and The Lonely Forest @ Kilby
By Elliot Secrist

Something about watching two big beefcake bros sing along to a girl-fronted pop band seemed odd. After releasing their first EP in ‘08 for free via their Myspace, The Joy Formidable have come a long way fast. … read more

Royal or Not, Cable is Back!
By Elliot Secrist

After twelve years, a few breakups and about ten releases. A year after the release of their live album Last Call, I found an article where Cable had mentioned that the one studio track on that album had the line-up they wished they had on every album, and that gave me hope that, true to Cable form, they would get back together. Sure enough a year or two later, a The End Records signed Cable!
… read more

Alex Caldiero is stuck in a strange balancing act: On one hand, he tries to defy the “poet” label in order to avoid being categorized and pushed aside as such. On the other hand, he longs to be recognized and remembered for his life’s work and art. … read more 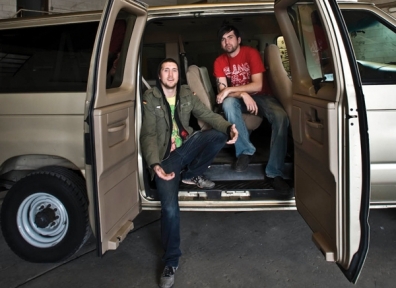 Dear bands: Have you ever booked a tour and missed more shows than you made it to? Have you broken down daily on a tour and had to live in Wal-Mart parking lots? Have you put more than you initially paid into your band’s vehicle? If you answered yes to any of those questions, or if you’re just looking for a band vehicle to help you join the ranks of smelly, starving fuckers treking back and forth over this great continent, look no further—Jared Rodabaugh and Micah Merz started a company just for you. … read more 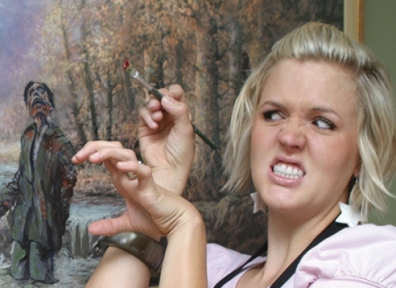 What do Bob Ross-esque landscapes, abominable snowmen, Bigfoot, the Loch Ness monster and zombies have in common?  They are all combined in the art that Kat Martin will be slingin’ at this year’s Craft Lake City. “I had never planned on doing stuff like this—I wanted to paint babies,” says Martin. “But I do what my public wants.” Martin doesn’t see her craft as destroying someone else’s art, but as actually making it better. … read more