If I were ever given the chance to make love to a local record, this would probably be it. And I don’t mean “get sloppy with a lady while a record is spinning;” I literally mean I would fuck this record. … read more

The ever-changing lineup of SubRosa has yielded some musical surprises over their brief recording history, and they continue to surprise with Swans Trapped in Ice, their latest three-song EP.  … read more

Salt Lake City’s own Eagle Twin have (finally) released an album that is sure to wind up on many top 10 lists at the end of this year. The band’s debut full length, recorded in Seattle by Southen Lord’s “go-to guy” Randall Dunn, simply oozes heaviness.  … read more

Apparently, Old News Records has been started in order to either release or re-release recordings, primarily from Salt Lake-based hardcore bands, that were either initially released in small quantities, or never released at all. Not a bad idea. Up.River’s self-titled album, although not necessarily my cup of tea, is certainly deserving of a listen, even if it’s nothing very original.  … read more

Over the past decade or so, varying degrees of music collectors worldwide have seemingly begun to defect from large online retailers like eBay and Amazon in favor of “smaller,” more intimate online stores. The most popular, and quite possibly the fastest-growing, is Discogs. … read more 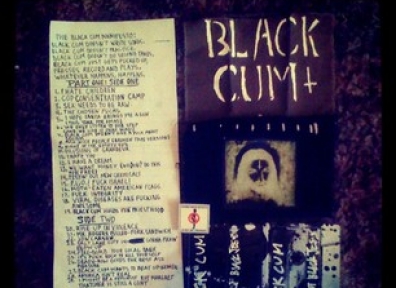 Many bands have tried—and many bands have failed—to blend genres as seamlessly as Curseworship has been able to on this three-song release. The band is able to flow in and out of relatively harsh noise (à la Wolf Eyes), crusty metal and straight tone-worship without batting an eye.  … read more 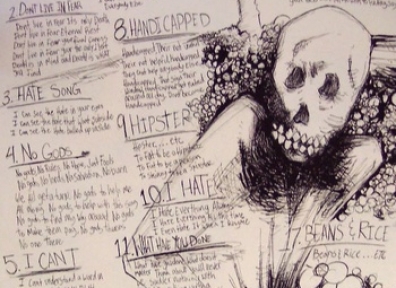 Good god damn, this thing is fun! What started as an “acoustic D-beat” band has morphed into a full-blown loud machine. Recorded with one mic, this release encompasses an astounding 37 songs in 36 minutes, and it is one of the dirtiest punk rock recordings I’ve ever heard.  … read more

If you live in Salt Lake City and you are even remotely into heavy music, you, at the very least, have heard of Eagle Twin. Master craftsmen Gentry Densley and Tyler Smith return with their highly anticipated follow-up to 2009’s epic, The Unkindness of Crows, and the anticipation is far from unwarranted. This fucker is heavy, and I don’t mean just a little. … read more