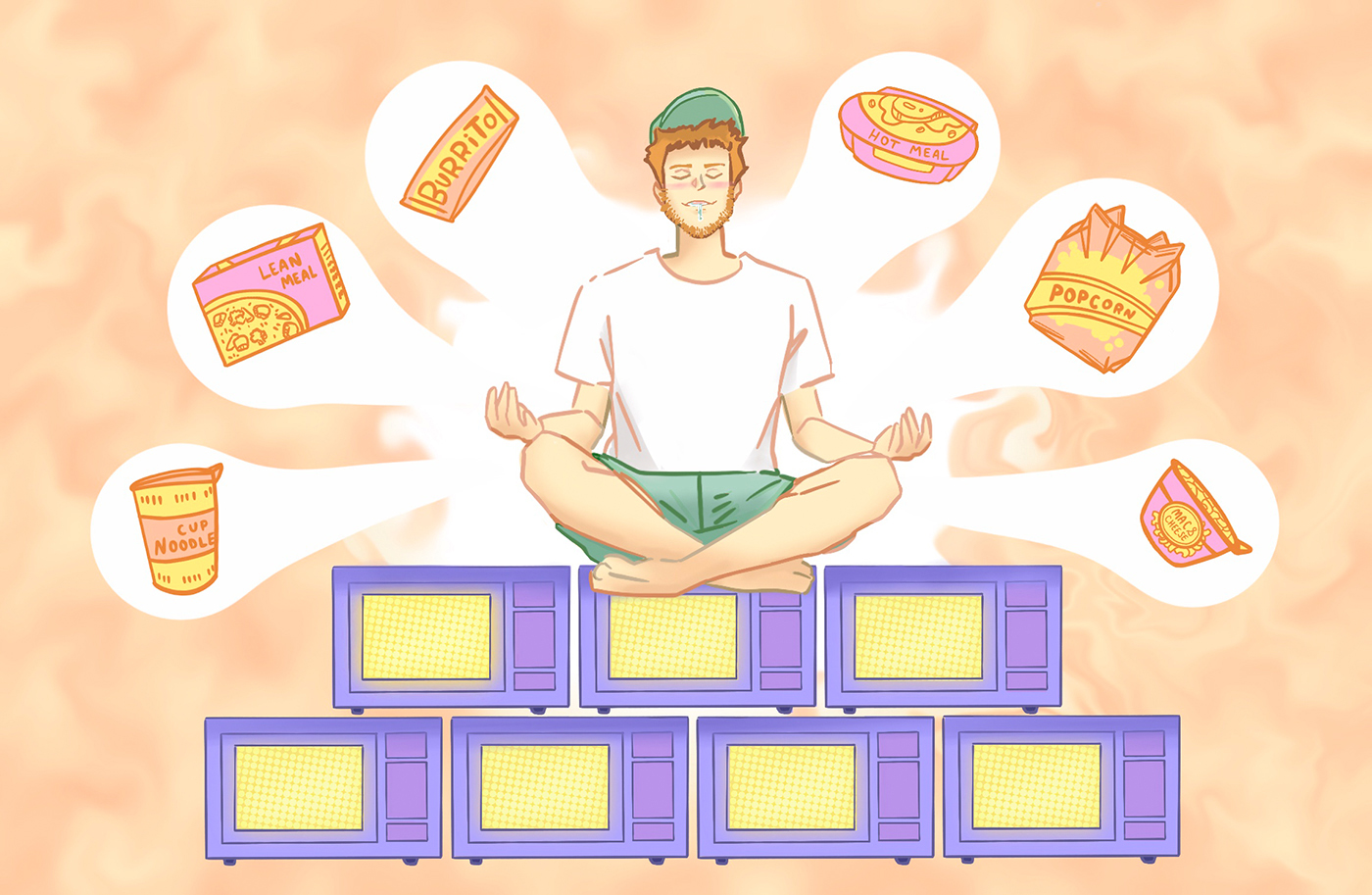 For this year’s Food Issue, I thought I’d share with you some of my favorite recipes. HAHA, JUST FUCKING KIDDING! Anyone who knows me (especially the few unlucky enough to date me) knows that I can barely boil water. I simply don’t know how to cook.

“I simply don’t know how to cook.”

Instead, for my day-to-day survival, I rely on one of the most under-appreciated appliances ever made, the microwave. As far as I’m concerned, the microwave is the most significant achievement of mankind right after fire. There are few substances that keep me alive: Camel Blues, Natural Light and whatever goes into my microwave.

I literally use it every day. Hell, I’ve even tried to use it for things other than food. I’ve learned that microwaves should mostly be only used for things you want to put in your mouth and not for metal or small living creatures.

But as far as un-edibles in a microwave goes, pop-movie culture has taught me a couple things, too. One is that you can microwave Gremlins if they are attacking your mom in her kitchen, as proven in the iconic documentary from the ’80s, Gremlins. Another substantial movie moment is from the classic ’90s biopic Under Siege, starring real-life cop and karate master Steven Seagal, in which he thwarts domestic terrorists aboard a nuclear navy ship by make-shifting a bomb out of a microwave. I don’t know exactly how he does it, but Seagal is a hero and wizard.

Just like kids these days will never comprehend how I grew up with a pager to buy drugs when I was a teen, I have no idea how humans survived before microwaves. FYI, regarding pagers: You literally had to be either a doctor a drug dealer to have one. If you saw a guy checking his pager back in the day, you knew that guy was important or in an important situation. I check my microwave timer in the same way and with the same degree of importance, because burnt microwave popcorn is a disgusting tragedy.

Throughout numerous years of using my microwave, I have mastered the art of not overcooking or undercooking my food, understanding the perfect rotation patterns in order not to get reheated fast food cold in the middle. Whether my food is frozen before it enters this celestial silver appliance or just needs a quick little warmup, I’m terrific at cooking with my microwave. If that’s considered a culinary skill, then I’m a master chef.

“Throughout numerous years of using my microwave, I have mastered the art of not overcooking or undercooking my food.”

I basically moved into my current apartment because it came with its own microwave. I really like the design. It’s more slender than most microwaves, sterling silver and is mounted above my stove/oven, which I never use. Hence, I never have to clean my oven! It also has a powerful fan built into it, which I’ve never had in a microwave before. It comes in handy in case I fart in my apartment or accidentally smoke a bunch of weed.

I don’t want to talk shit on other microwaves; I think they are like kittens—they’re all special in their own way. That is, except for gas station microwaves—they are a lot like gas station bathrooms. Tons of people use them, and they’re seldom cleaned. At least in a gas station bathroom, you can hover if you’re really in a pinch, but there’s no real way to hover with your food.

I will end by saying that I readily admit I don’t know how microwaves work, nor do I care. I don’t know how a lot of things work. And that’s OK, as long as my favorite appliance keeps me alive to rule another day. That’s all!