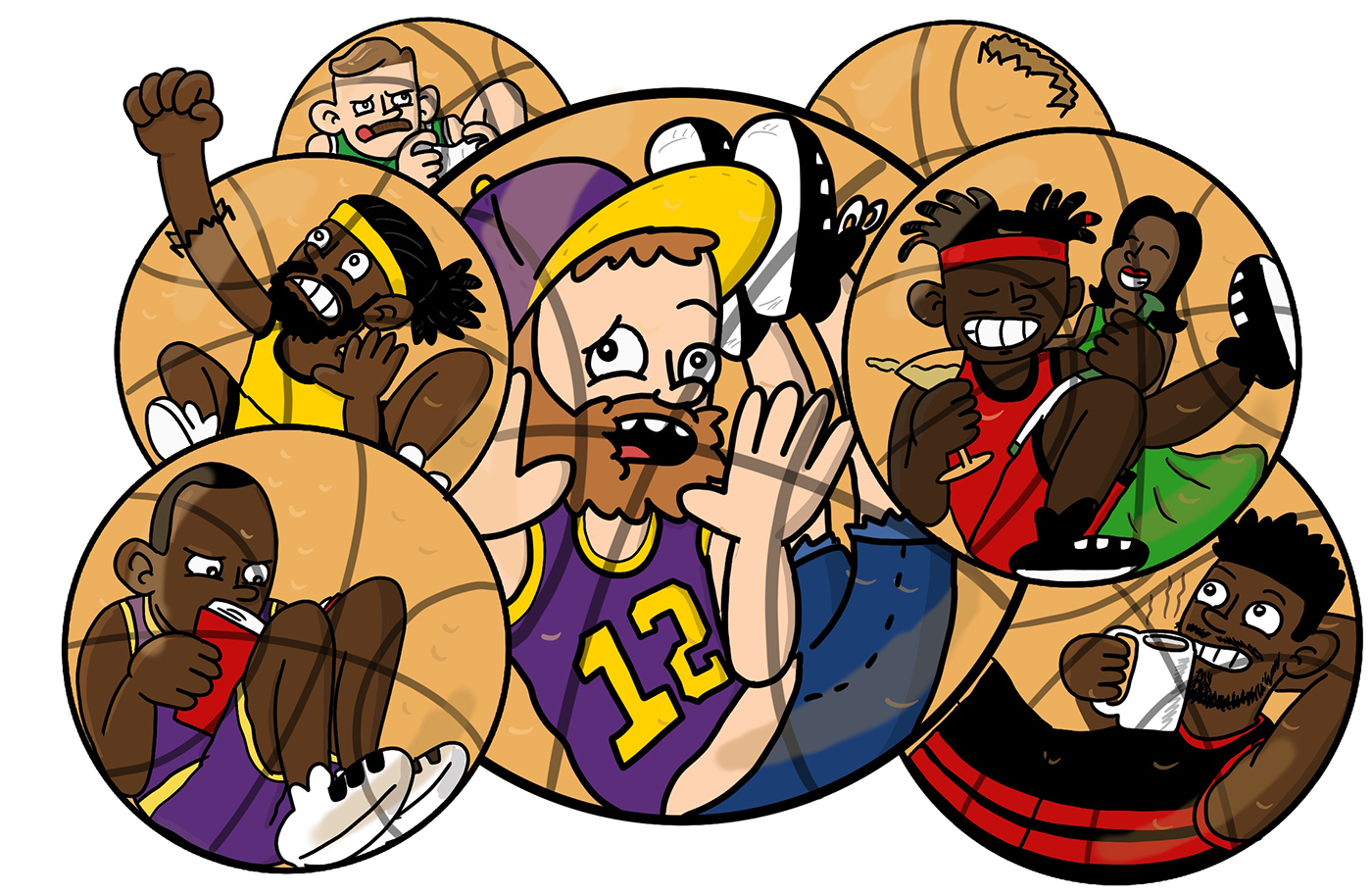 Normally about this time of year, SLUG gives me the liberty of using my platform to rant and rave about all things important to me—other than my cat, Princess Ramona—and talk about the Jazz. But … yeah, it’s 2020, and there’s a new normal, I guess. With many things turbulently shifting and swirling in our lives, our sports consumption adjusts accordingly.

Then, as we all kinda came to grips with things, the NBA was like, “Fuck it—we can do this shit and show people that we can,” in a beautiful and crazy effort. The solution? Send all the players to Disney World and see what the fuck would happen. Honestly, what happened was pretty awesome, for the most part.

“I kinda feel like the whole bubble thing, from a fan perspective at home, was a giant metaphor.”

This is the Design Issue, so I wanted to address the design of the bubble. Although in all fairness, I was not actually there. I was trapped in my new apartment, forced to illegally pirate NBA games for my viewing pleasure because I fucking hate Comcast, and the Reddit nerds have pirate internet on lockdown during the lockdown.

From a fan perspective—that of illegally streaming NBA games without the express, written consent of the league—the games were entertaining. I’m not an interior designer, so I don’t know how much or how little the designers had to work with in regard to dealing with so many new scenarios.

There was new stuff like, obviously, no fans, which means no mascots, which means no T-shirt cannons, but that’s probably a good thing because T-shirt-cannon violence is how Maude Flanders on The Simpsons died, and that was actually a super-sad episode and a classic example of how mascots can really fuck society up. If you don’t get that Simpsons reference, just Google it, OK?

Now, onto the bubble: Designers might actually be really bummed that the so-called bubble was not actually a bubble. Like, they weren’t playing in the Epcot golf ball at Disney World or some shit. There was probably very little bubble blowing or chewing of bubble gum.

I kinda feel like the whole bubble thing, from a fan perspective at home, was a giant metaphor—the metaphor of the bubble bursting, and thus I wouldn’t be able to stream games illegally, like if a player got the Billy Ray Virus and ruined everything or some shit like that.

But none of that happened.

Basketball went on. The Lakers won, and my friends who know how much I hate the Lakers had to do welfare checks on me, but overall, I was OK in my Downtown apartment.

“I propose this: Utah has a bubble built already! It’s Utah county! It’s been a bubble for years!”

But enough about sports. Design nerds, can we talk about the NBA Virtual Fan thing?

I was super skeptical at first as to how that would work out—I can barely figure out Zoom meetings. Like, I had my first Zoom meeting ever a few weeks ago with fellow SLUG writers [Editor’s note: It was actually Google Hangouts] and had no idea about Zoom etiquette, like when to mute your mic, and I was like “mute this MIKE! (ha ha)” or when to put pants on, etc.

So NBA Virtual Fans is like one, massive Zoom meeting but for a nationally televised basketball game, right? I know it’s the NBA and not the WWE, but what are the chances of a virtual fan pulling some lewd behavior? Like, that could happen—maybe it did happen and got deleted—but there’s gotta be someone with way less shame than me that would have done that?

Also, maybe I’m just getting nitpicky here, but graphic-designer tech nerds, could you have just made all the virtual fans’ heads the same size? That was weird. Again, I’m just pirating these games illegally, so I’m not gonna make a big deal out of that.

All things aside, I liked it. The Jazz lost just as they should have (an article and an argument for another day), but the bubble was entertaining. As of right now, no one really knows what’s happening with the NBA next season—like, could there be another bubble? I propose this: Utah has a bubble built already! It’s Utah county! It’s been a bubble for years! We can totally have the whole NBA there next season! That bubble’s already constructed! Go us!