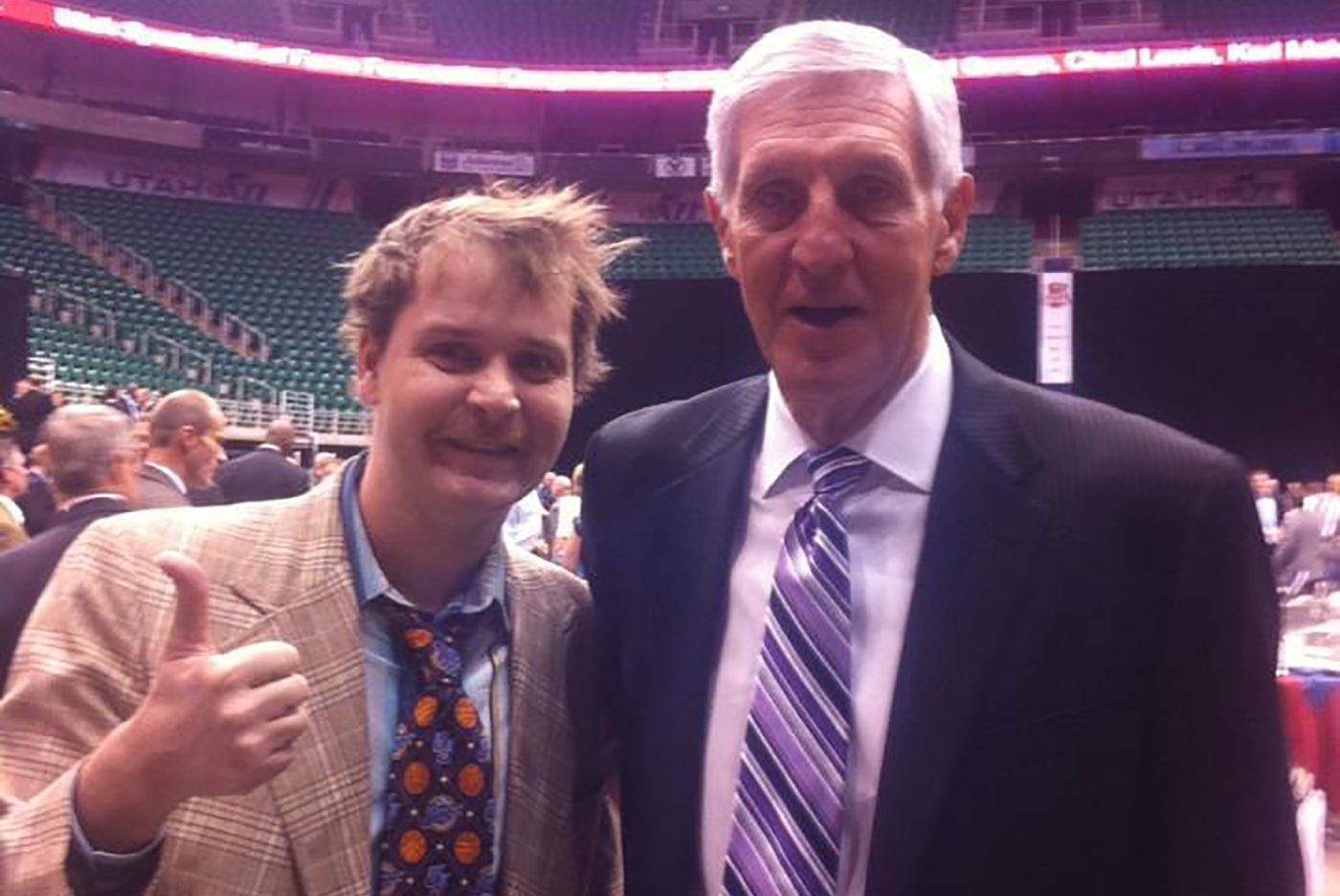 Mike Brown: Jerry Sloan – The Man, The Myth, The Legend

I think we can all agree that 2020 can eat a bowl of dicks. This article is only about one shitty thing out of many shitty things that have happened this year: Jerry Sloan died. Yep, the man who is the permanent screensaver on my phone, and has been ever since I met him back in 2013. He had been sick with dementia and Parkinson’s, the former of which is also what sent legendary Utah Jazz broadcaster “Hot Rod” Hundley up to the big court in the sky.

Jerry’s basketball career sounds pretty cool. He didn’t play in the league too long, but seeing how he played pro sports during the ’70s, you know he probably did a lot of drugs. He played for the Chicago Bulls, and his nickname was “The Original Bull.” They even have his Bulls jersey retired in their rafters.

Here are a couple of my favorite rumors about Jerry from his time playing with the Bulls. I read in a book once that his pre-game ritual was to sit in the corner of the locker room, face the wall and smoke cigarettes, not letting anyone talk to him. Also, one time, a fan in the crowd threw an aerosol can in the team huddle in the middle of the game, so Jerry led the charge into the stands for the team to beat up the fan. Jerry Sloan beat up fans before Metta World Peace (née Ron Artest) made it cool.

“This article is only about one shitty thing out of many shitty things that have happened this year: Jerry Sloan died.”

Since he never coached a title-winning NBA team, Sloan’s–awarded Hall of Fame coaching career leaves little to write about in the sense of how measurably successful he was. But I do have my own personal favorite highlights from when he steered the ship. The first one is pretty general, but it has to be his beautifully foul mouth. He made words and phrases like “piece of shit!” and “motherfucker” sound like beautiful basketball poetry. He spewed out obscenities with reckless abandonment of the feelings of all the rich, Mormon, front-row season-ticket holders who could hear him.

Then there was the time that Jerry almost got in a fight with another Jerry—Jerry Stackhouse, a notorious instigator and brawler in the NBA when that shit was pretty much fading out. (He beat up Jeff Hornacek in the middle of a game one time.) But on this night, he elbowed Matt Harpring in the face (which I sometimes wouldn’t mind doing myself when I have to listen to him call Jazz games), dropping him to the floor. Needless to say, Sloan had some choice words for Stackhouse. Stackhouse was trying to explain himself to Sloan, and I’m not exactly sure because I’m not a lip reader, but from the Youtube footage, it does look like Sloan said, “I’ll kick your ass, you motherfucker.” There was, definitely, a “motherfucker” in there.

Last would probably be the time he shoved the ref in Sacramento, Courtney Kirkland. It’s on YouTube and is worth the watch. Never afraid to mouth off to officials, when Courtney played Mr. Magoo on a play where the ball clearly went out of bounds and should have been Jazz ball, Sloan, never afraid to mouth off to officials, unleashed all the fury of the poor farmboy he once was, the one who had to walk 10 miles to school, up hill both ways, barefoot. This charade landed Jerry a seven-game suspension—well worth it, in my opinion.

“[Jerry Sloan] made words and phrases like “piece of shit!” and “motherfucker” sound like beautiful basketball poetry.”

Needless to say, the John Deere–hat-wearing farmboy from Illinois was quite the tough guy on the court. Off the court, it’s a different story. Anyone I’ve ever talked to who ever met him has basically told me what a sweetheart he was—myself included. When I met him, it was at a formal, high-end, Utah Sports Hall of Fame function that I somehow weaseled my way into.

They were inducting John Stockton and Karl Malone, and had a fancy dinner before, at which I noticed Karl Malone eating dinner right next to Orrin Hatch. That creeped me out. But anyway, almost everyone who played or coached for the team in the ‘90s was there—Horny, Big Mark, Big T Bailey, of course John and the Mailman, but also Jerry Sloan.

I went to grab a photo with all the players before they snuck out of there, which was pretty cool. When I was getting my photo taken with Jerry, he flicked the Jazz tie I was wearing (this was a formal event) and asked me where I got it. When I told him I got it at the D.I., he looked at me and sarcastically said, “Don’t tell me that!” I then let him know that the first Jazz game my dad ever took me to was his first game coaching, which is true. My Jazz and Jerry fandom run deep.

The day Jerry Sloan retired was a moment of crisis for me, as I have described before. Personally, the day he passed away will be included in the many tragedies of this year when looking back. But I’ll always look up to and be proud of that motherfucker, Jerry Sloan.