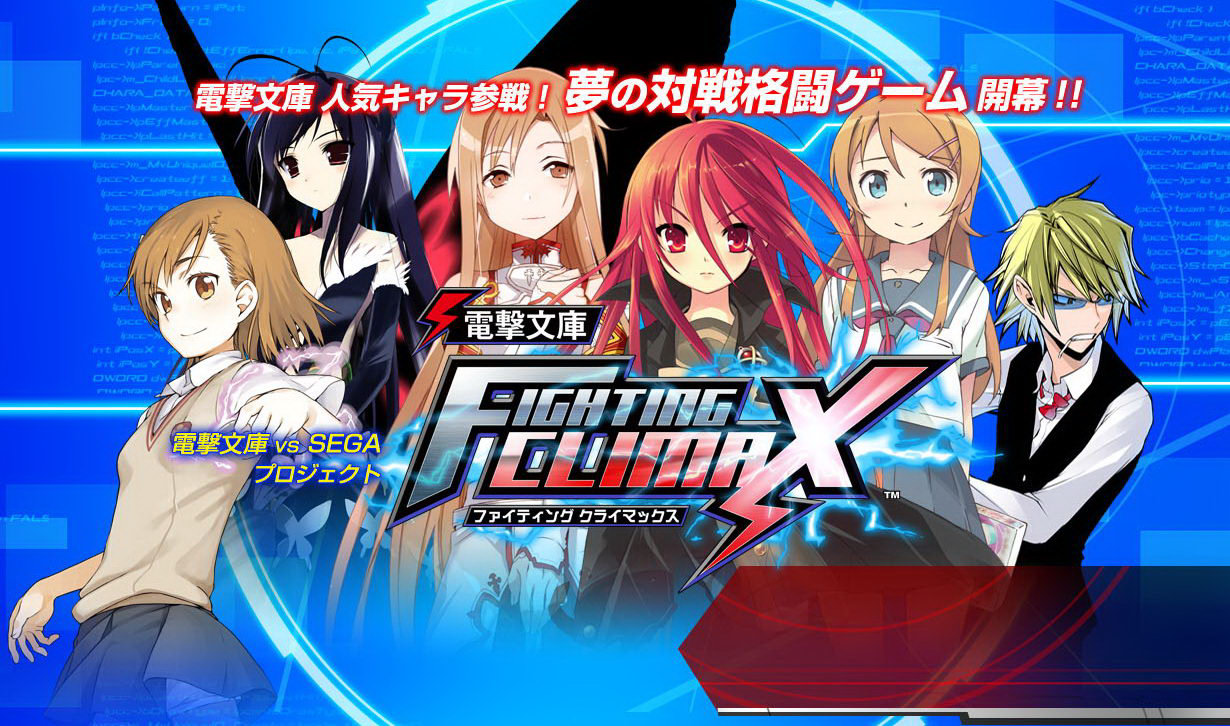 Dengeki Bunko: Fighting Climax combines a roster of of some of my favorite anime characters with fast-paced fighting. While this game lacks air dashing which is usually a huge part of this fighting genre it makes up for it in unique style and characters. Even without air dashes, there is ample room for extending combos and mixing up your opponents during fast-paced combat. My preferred characters of choice are definitely Kirito from Sword Art Online with an assist of Leafa from the same series, as the tug on my heart strings after watching that series is just too much to resist. That may, in fact be the summary of this game, a nostalgic heart-pull with plenty of fun attached.

While anime fighting games are generally not my preferred go-to, Dengeki Bunko does have a massive allure. While it may seem tacky having my favorite characters did in fact motivate me to learn the game system much further than normal. That being said, at times it does seem the game relies on this fact more than extending the depth of the fighting system. While cancel and extended combos are definitely a piece, air juggles and fast paced mix ups have definitely been turned down. As usual for this type of title the story wasn’t really for me, but that’s not why anyone plays fighting games. You play them to shame your friends through ruthless, combo-filled beatings, and Dengeki brings that in a big way.

If this is your first go at a fighting game, but you’re a generalist in gaming, Dengeki also has something for you. My favorite is the combination of random Sega backgrounds including Sonic The Hedgehog. The stages also include music from those classic titles which definitely pulls on your nostalgic heart strings. Truthfully, this game is a nostalgic romp with decent fighting mechanics. It isn’t the deepest fighting game on the market, and it isn’t a game changer of the genre, but it has enough to repeatedly catch your interest and keep you grinding. If you’ve never played a fighting game as faced paced as this one, or it’s cousins of the genre, this is truthfully a great gateway drug into what I can only describe as an addiction to better yourself and your resolve. If you find the characters in the game intriguing it is also a great opportunity to discover some new shows you can dive into.

If you’re an avid player of another fighting series you’ll find Dengeki Bunko: Fighting Climax comfortable enough to quickly dive into the combat system. Unfortunately a lack of tutorial-style challenges will have you figuring out combos on your own instead of having the game guide you through them. Luckily, the attacks are easily recognizable and learning advanced combos from YouTube videos or other sources will not take you long at all. On the reverse side of that statement, figuring out setups, option-selects, and overall match strategy will take you additional time like any fighting game, but that’s what makes this so great. It is unfortunate, that from what I can see this game hasn’t been adopted by the competitive fighting game community.