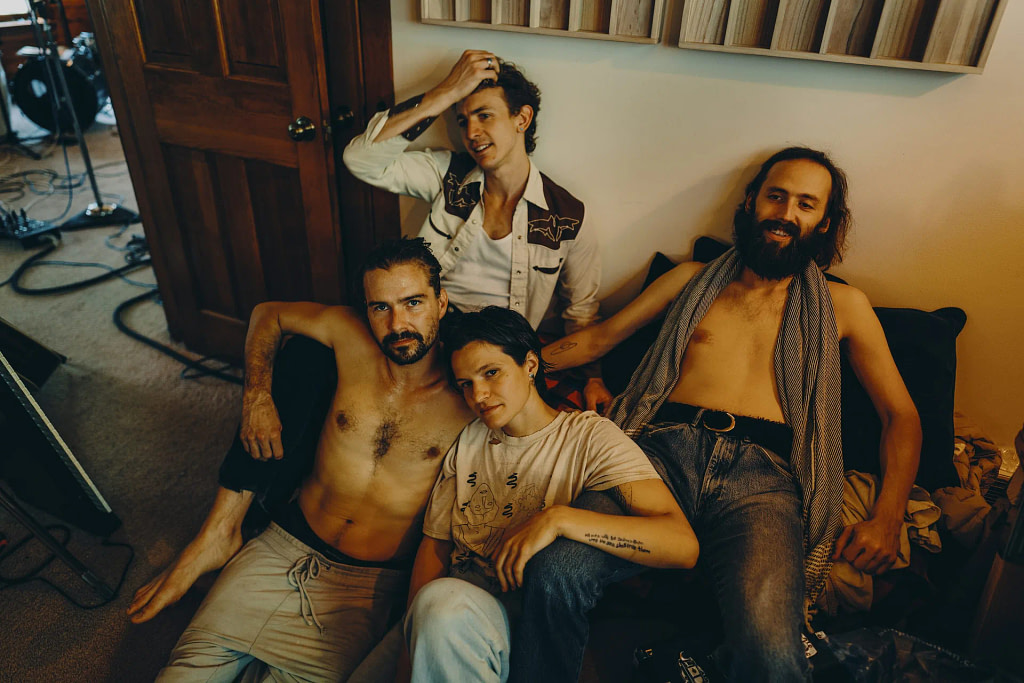 Big Thief has been on my list of bands to see before I die for a few years now. Most bands don’t start that way. In 2016, after I heard Masterpiece, the band’s debut album, I thought they’d be fun to check out. A handful of albums later and a missed opportunity or two of seeing them live (compounded by COVID-19 closing the doors on live shows for an eternity), my curiosity had turned into a need. Not a food, water or shelter need but a “sustenance for my soul” kind of need. I had waited a long time, and I was so excited for this show.

If I were to offer advice to others about going to concerts, I would start with expectations. It really is best to try not to have any, honestly. I have had my hopes dashed all over the grimy, beer covered concrete floor on a number of occasions simply because I thought something was going to be something it wasn’t. I tried with Big Thief, I really did, but my hopes were in the clouds.


Adrianne Lenker, Buck Meek and company did everything but disappoint! Big Thief was so good live. I have read interviews and watched video of performances, but I was not prepared to witness such powerful energy from such humble people. Damn, it was amazing.

Their set began with “Sparrow,” and a beautiful rendition of it at that with Lenker and Meek harmonizing while belting it out. It was stunning, attention grabbing and silenced a crowd packed to the rails. I haven’t been to a show like this in years, partly due to the pandemic and partly due to the fact that there aren’t many artists that can shush a lively bunch with a song full of a uniquely sparse depth, only to tear the walls off the place a few songs later with wailing guitar back and forths.

Big Thief played a number of songs without a break. They hopped into the driver’s seat and pressed the gas. “Real Love” and “Shark Smile” rounded out the first three tracks, the latter being the first song the crowd really sang along to, through masks and all. I have to say I have always enjoyed the manner in which Buck Meek plays his guitar. It looks as though he loves it as much as anyone could. It seems he is speaking a language we can all understand but only he can speak. He moves in ways that add to his presence on the strings. I can’t think of anyone like him at all. My attention to the guitar is generally given to him, but Lenker plays every bit as mean and twice as soft when warranted. The give and take between the two of them on several songs was unreal. People were loving it. I was loving it.

For a good chunk of the show, I was floored, gaze unbroken, swaying side to side, utterly in awe of what I was a part of. I believe it started with the mesmerizing “Simulation Swarm,” a hypnotic song from their latest album, released earlier this year. It was during this stretch I really honed in on bassist, Max Oleartchik and the drummer, James Krivchenia. Both of them are superb at what they do, adding character and depth, completing their sound that has become unique—emulated by many though unreachable by all. Their cohesiveness here gave way seamlessly to “A Flower of Blood,” a song laden with a riff-heavy wall of sound, distorted with feedback and a touch of shoegaze.

The band played “Forgotten Eyes” next, much to the pleasure of everyone familiar with the band’s catalog. The culmination of Big Thief’s wonderful set was “Not,” one of my personal favorites.  The way Lenker’s voice seems to plead with the listener to follow along, to succumb to something powerful—but only to those willing to be vulnerable is something unmatched in the world. Lenker’s like a siren, not one that leads a sailor to their death but to their salvation. Maybe that’s odd, but I’m still thinking about it days later.

The band played “Certainty” and “Spud Infinity” as an encore, joined onstage by Brother Noah, who I am unfamiliar with but who played the jaw harp, which I had never heard live, so there is that on top of everything else this show had going for it.

Adrianne Lenker is a singular songbird, a rare storyteller with a bleeding heart and a steely resolve. Meanwhile Meek is a master of his craft, one whose secrets only he is privy to knowing. I am better for having loved this band for years, and I am better for having seen them live the other day. It was more grand than I hoped, and that is such a seldom occurrence only occupied by the special. Catch Big Thief when you can. It may be everything you are looking for in a show. –Billy Swartzfager