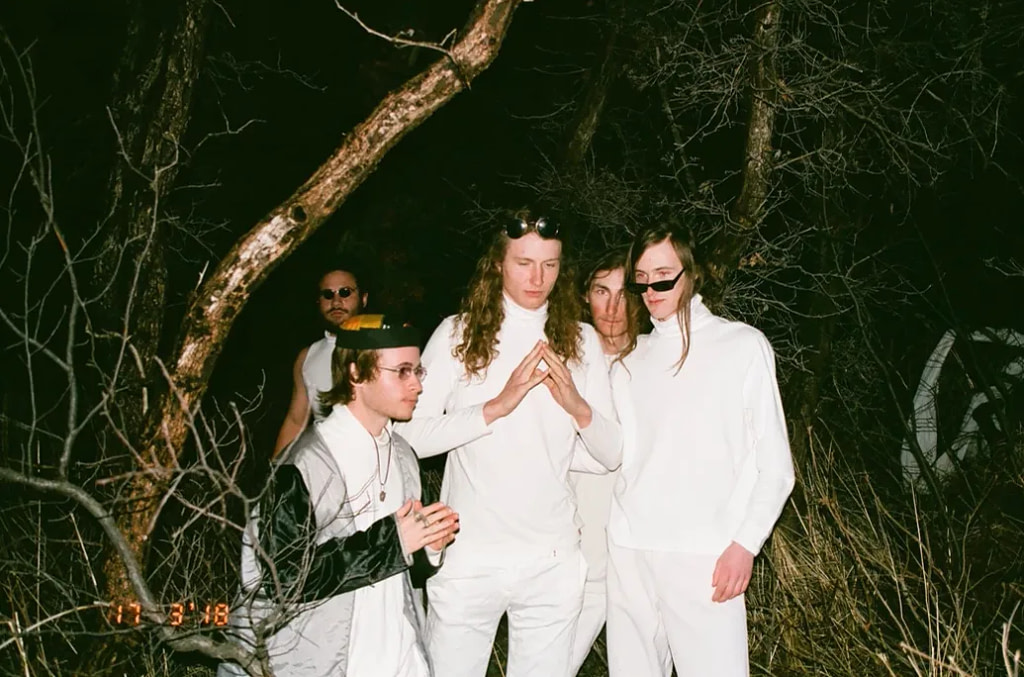 Fisher and West Huish of Lapdog have always wanted to play with Australian duo Good Morning. April 8's show at The Beehive provided just the opportunity.

It has been a dream for brothers Fisher Huish and West Huish of Lapdog to open for the band Good Morning. This Australian duo was expected to come through Utah on April 8. Lead singer and guitarist, Fisher, begged and pleaded to their manager for his band, Lapdog, to share the same stage as his idols. That wish was finally granted. Good Morning is now on the road, touring for their new album, BarnYard, and Salt Lake City venue The Beehive made it on their map. The indie jam band was stoked for this opportunity.

Meanwhile, Fisher’s other band, The Medicine Company, landed an opening gig for J-Rad Cooley‘s debut album-release event on the same day. Fisher is the bassist for this psychedelic rock-band. Struck by luck or complete coincidence, the release party was held at The State Room, conveniently next door to The Beehive. Being able to open for two separate concerts and still catch a live performance from one of his favorite groups posed a challenge, but of course, Fisher Huish did it all.

Come the night of the concert, Lapdog had mixed emotions: excited fanboyism and nervousness. They are no stranger to the spotlight—they’ve had many of bookings around Salt Lake City—this time, however, Lapdog was playing in front of an unknown audience. Band member Wesley Wright suspected that the majority of the crowd hadn’t heard a song by their band.

Doors opened at 7 p.m. and Lapdog was on the stage by 8 p.m.. They had a 30-minute set, and the venue was already half full when they opened with a song from last year’s album, Cartwheel. Fisher’s voice was warm and hypnotizing over the mic. His long, blonde hair waterfalled over his face as he began the guitar riff, leading his band into the first jam of the session. This band taps into unexplained stamina when performing live. Lapdog kicked off with one song and rolled into three more, adding flares of freestyle jamming and then bringing it back for the next song.

Lapdog’s music has dreamy, self-deprecating lyrics lightened through a psychotropic, bossa-nova beat. The group finished up with their biggest hit, “France Dance,” that flows into “Space Jam.” The bass held an echoey groove when the guitar hit a peppery samba, holding a slight pause when Fisher opened with, “Did you see the London Bridge fall down? / Did you see the fire in your town?”

Fisher and West thanked the crowd and then left the stage. Toronto group PACKS performed after them, and The Medicine Company was scheduled to play at 9 p.m. next door. Fisher had plenty of time to rock out another set and zip back over to Good Morning.

The atmosphere The Medicine Company creates is far more rowdy than the lo-fi Lapdog. Lead singer and occasional triangle player, Bryant Adair, is like the reincarnation of Jim Morrison with a Led Zeppelin influence. His live performances get the crowd out of their seats and boogie like there’s no care in the world. The Medicine Company’s first song was “She Wore Blue,” an intoxicating piece about a girl whose love is unforgettable. Getting a little more country, guitarist Chandler Seipert took the lead on “Rusted in Misfortune.” The band comes together, putting on their best southern accent as they harmonize the chorus. The Medicine Company represents what true, raw rock ’n’ roll sounds like. There is no formula to follow—guitar solos taking over the song and yahoos to chant to—all motivated by the dedication to make great music. The Medicine Company finished up the set with another get-down-and-groove hit, “Mr. Mojo Workin’” to keep the audience energized for the following opener, Lee Rafugee.

Fisher jammed out his last song for the night. He had enough time to help The Medicine Company pack up and then catch the rest of Good Morning’s set. Fisher Huish rejoined his Lapdog bandmates and swayed back into the lo-fi vibe he started just a few hours ago. For most anyone else, going from a quiet, indie alternative sound to rock-your-socks-off blues, then back to melancholy acoustic melodies, would be overwhelming. For Fisher, it was a memory he made with friends and a dream he finally got to fulfill. Being able to open for his favorite band and witness them play live—it was the perfect rockstar way to end the night. –Teddy Ray