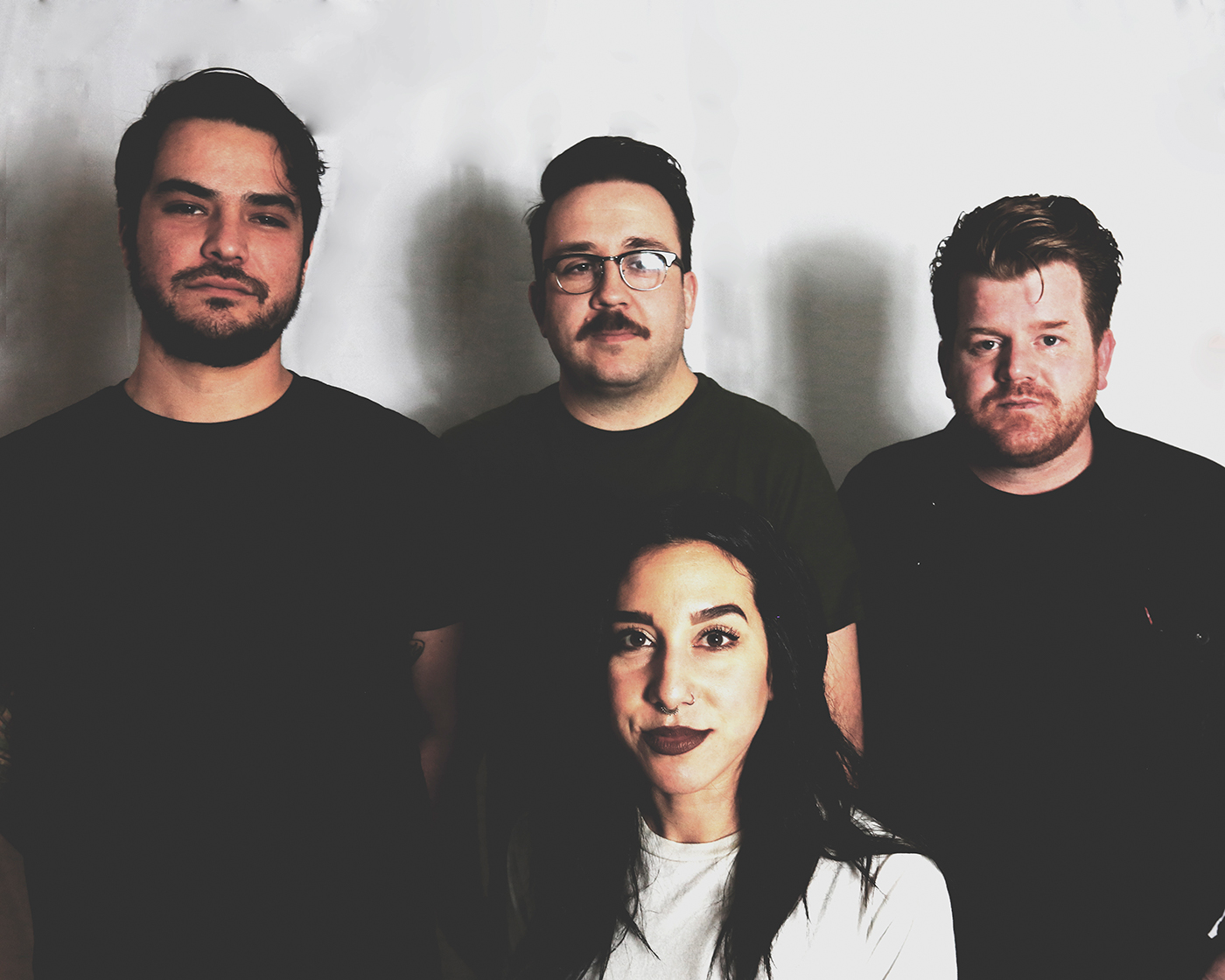 If you’ve yet to fully immerse yourself in fall, Halloween and the abundance of the more gloomy and chilling customs that come along with it, there’s no better way than to submerge yourself in the indie, emo-rock stylings of local bands Sunsleeper, City Ghost and Static Replica at this month’s SLUG Localized. Check them out on Oct 21 at 8 p.m. at Urban Lounge (tickets are $5), SLUG Localized is sponsored by Uinta Brewing and Huge Brands.

Seeking out local band City Ghost’s Bandcamp will deliver you directly to the core of the musicians’ edge-rock sound, epitomized in the form of a black-and-white header photo of someone giving the finger. This picture is also the artwork for their 2021 track, “Forget About It,” a three-minute long tune that solidifies the band as an edgy, indie-rock group. Beyond this genre-modifier, there is much to expect in terms of a dynamic sound from City Ghost at this month’s SLUG Localized show. Band members Sadie O’Neill (vocals and guitar), Matt Mascarenas (guitar), Sam Richards (guitar), Chase Griffis (bass) and Ken Vallejos (drums) have created music together since 2017. Most members came from previous musical projects, allowing them to merge different sounds and experiences together to create their own identifiable noise.

“I had just moved to Salt Lake a couple months prior and was ready to start a band after playing mostly solo, acoustic-folk music,” says L.A. native O’Neill. “I met [Mascarenas] and we exchanged music and thought it would be cool to try a collaboration of our different styles.” Mascarenas has been in a number of rock and hardcore music projects throughout Salt Lake, including this month’s accompanying Localized band, Sunsleeper. Combining O’Neill’s folk and Mascarenas’ hard-rock ended up breeding an entirely new indie-rock sound for the band. O’Neill says, “Bringing Chase and Ken onboard really made our sound come to life and instantly felt seamless, as the three of them have been in many projects together over the years.” Indicative of their natural synchronization as a band, it only took a couple months for an EP to form and City Ghost to begin touring with Sunsleeper. The band also recently added member and good friend Richards on the guitar.

“It will be awesome to see how these new songs come to life, and the writing process is so rad.”

Though O’Neill now lives back in L.A., this hasn’t stopped the band from creating music together. Their process mainly includes a solid collaborative mix combined with strategic planning. O’Neill sends over acoustic vocals and demos from which the rest of the band will produce killer instrumentals, and sometimes the band will first send the instrumentals for O’Neill to overlay her vocals atop—a nice cocktail of sound cooperation. She says, “We’ve been writing some new material that I think will have a ton of energy and a rock drive. It will be awesome to see how these new songs come to life, and the writing process is so rad. I plan on continuing to make trips out to SLC to write, jam, gig and record, and [am] also hoping to get the guys out here to do the same!” Because of the pandemic, City Ghost hasn’t performed live together since February 2020.

Within that year-and-a-half hiatus, their sound began to expel a heavier, more angst-ridden energy that was missing from their previous work. “We decided to get a little edgier while recording our EP Gray, as so many edgy things were going on in the world,” says O’Neill. This is especially apparent on the single “Forget About It” and the title track. Within their updated sound and new EP lies intense rock guitar riffs and screeches, bold and governing drum beats and mesmerizing vocal rasp.

Despite the forced break due to COVID-19, Salt Lake is now ready to welcome back the band with open arms. O’Neill says, “Playing shows in Salt Lake as local musicians has felt so supportive and loving—I can’t even begin to explain. I feel lucky that I landed in a group with the coolest dudes that already had built-in community support from being a part of the music scene for years. I have felt very welcomed into the community from day one.”

Be sure to check out City Ghost on the SLUG Localized stage on Oct. 21 at 8 p.m. at Urban Lounge, and listen to more of their work on the regular streaming services.