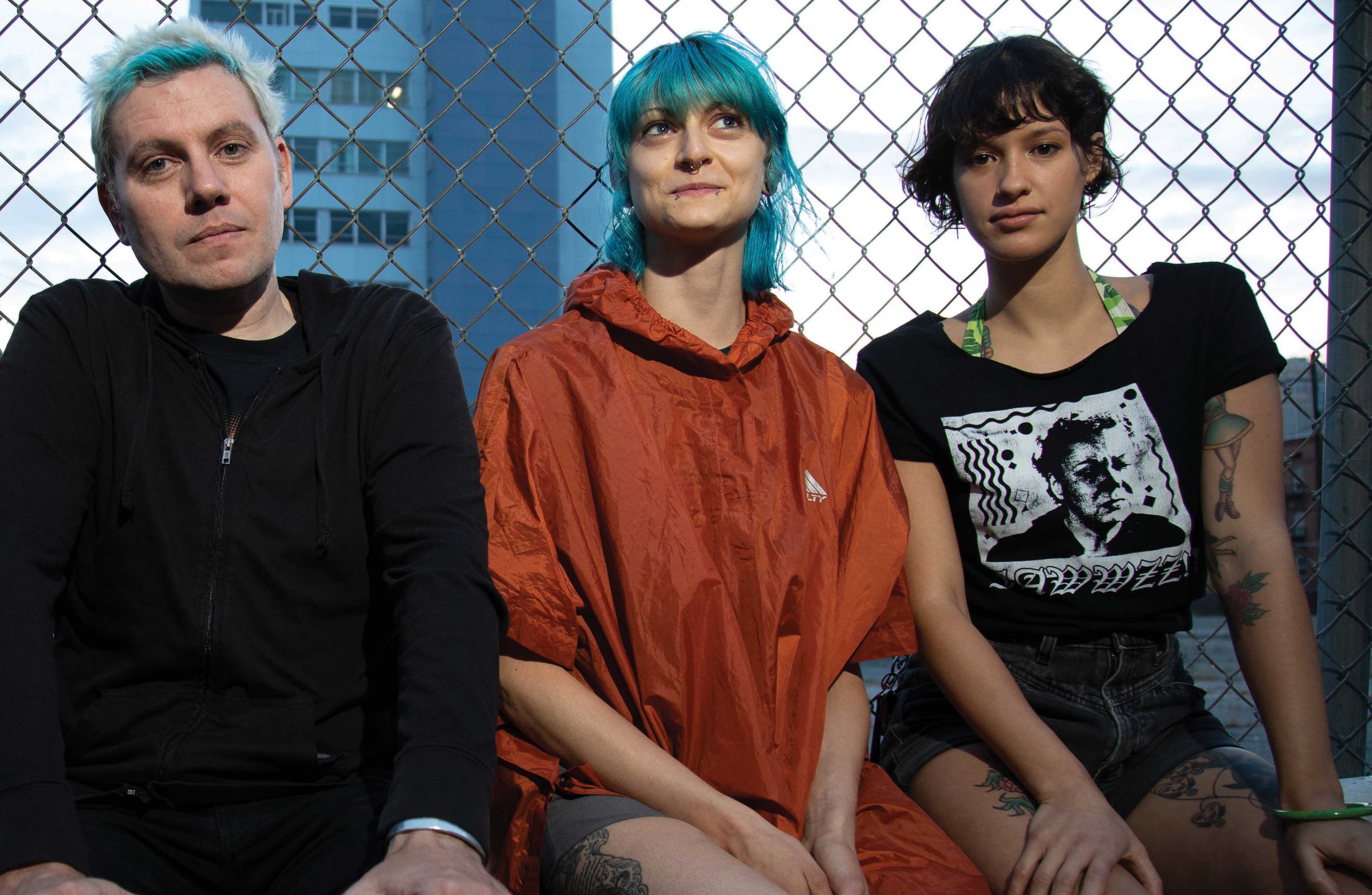 As summer moves to fall, SLUG Localized is making an appropriate segue into the moodier, darker side of the local music scene. The September edition of our monthly concert will feature the laid-back gothic stylings of co-headlining experimental groups Jazz Jags and Durian Durian, as well as opener Picnics at Soap Rock. Together, it will make for a night of independent music that’s equally moving and unsettling. SLUG Localized is $5 at Urban Lounge on Sept. 19 and is sponsored by Uinta Brewing, High West Distillery and Huge Brands.

While not really a jazz band in style or sound, the language and ethos of this musical tradition heavily informs the work of local band and Twilite Lounge fixture Jazz Jags. They first began seven years ago as a means of Payne helping his then-student Halee Jean (drums) improve her sight reading. Now, the trio of multi-instrumentalist David Payne, drummers Halee Jean and Nora Price and other student musicians cycle through lead sheets (a simple melody written over chord changes) and try to parse their way through what could often be complex compositions. Years later, the group has amassed a stack of, as they estimate, 200–300 songs that they perform in cycles at their weekly concerts.

Due to the openness of the band’s “reading” format, the Jazz Jags went through an ever-shifting lineup before settling on the core trio that they’ve been operating in for the last few years. The casualness of the Twilite setting easily lent itself to different musicians often sitting in and reading along with whoever else showed up that night. The problem was, as the group notes, the more people you have, the harder it is to key in to other musicians and communicate. “If you’re in this band and you play, but don’t listen to anyone, everyone will be so mad at you,” says Jean. Reflecting on the benefits of the group’s now-minimal sound, Payne says “The less people there are, the more in-the-zone you are.”

“We have to play this really slow music because everybody reads slow.”

Despite the group’s breadth of material—or, perhaps because of the hurdle of constantly re-learning material—the Jazz Jags have a consistently slow, gloomy and deceptively simple sound. “The reading has defined the music a lot,” says Payne. “We have to play this really slow music because everybody reads slow.” Rather than hinder their potential for expression, this has given the group a singular sound. Whether playing originals, covers or renditions of songs by historic Salt Lake bands like Tolchock Trio, Jazz Jags’ suave and intimate sound—bolstered by Payne’s winsome singing—is immediately recognizable.

Jazz Jags are mostly interested in discussing their ideas and hopes concerning the local music scene. Their commitment to endlessly support the underground comes from a feeling of solidarity, as Jazz Jags hope to provide the infrastructural support that they were missing in their early days. “When we first started, it was really hard for us to even find a place to play,” says Jean. “I think the biggest success is making a communal space, to have progressed to a place where we can facilitate other local bands to come and do their thing.” This goal has ultimately been successful, as many artists (myself included) have used the Twilite Lounge as a means of trying out what could be perceived as outlandish ideas in a comfortable, nonjudgmental space.

“I think the biggest success is making a communal space, to have progressed to a place where we can facilitate other local bands to come and do their thing.”

These weekly concerts at Twilite Lounge are more or less the defining characteristic of Jazz Jags’ makeup. The group serves as a house band, performs every week and also aims to feature a “special guest” in between their sets. The series has three booking rules that, while not strictly adhered to, serve as guidelines for the art the Jazz Jags showcase: One, it has to be feminist; two, it must be lounge-sensitive; three, no soloists. These rules are purposefully open to interpretation, and besides these strictures, anything is fair game for a Twilite showcase. “It’s the first place I’ve seen someone cut hair as performance art,” says Jean.

More than just a booster for artistic oddities, though, the Wednesday night Twilite Lounge concerts give bands an opportunity to reinvent themselves and their sound in order to fit the space. “Some bands, when they lose their smoke and mirrors, it’s too scary,” says Jean. All Twilite performances require the bands to go direct—saying nothing of the tiny performance space—so hordes of fancy gear or pedals are forgone in favor of stripped-back presentations of a band’s core compositions. They collectively remember a set by locals Corner Case as a particularly noteworthy instance of a loud band successfully reinterpreting their sound for a lounge style.

While Jazz Jags aren’t officially a part of Payne’s upcoming northwestern tour with the Gallery of Fine Hyper-Art (GOFHA), each member is involved in some touring band—Hoofless (Jean and Payne), Durian Durian (Price, Payne) and The 8EAUT1FUL5 (Payne). It’s a slightly comical coincidence, but it also speaks to the general ethos behind the Jazz Jags: While the group’s love of music is never in question, it sometimes takes a backseat to their general love for being in an artistic community. “We’re here to serve,” Payne says as we conclude the interview, summing up the disciple-like role that Jazz Jags hold for Salt Lake’s music scene.

Editor’s Note: This article has been updated to reflect the current lineup that will be performing at the September SLUG Localized.

Due to recent allegations toward Jazz Jags’ former bassist/vocalist, SLUG has made changes to this online article to reflect this member no longer being a part of this band.

SLUG learned about these allegations after already having sent the print issue to press. We corrected the online version in the interim, prior to the publication of either.

In terms of the Localized event featuring Jazz Jags, prior to publication of the print or digital September issue, SLUG uninvited this band member from performing in an effort to promote a safe space.