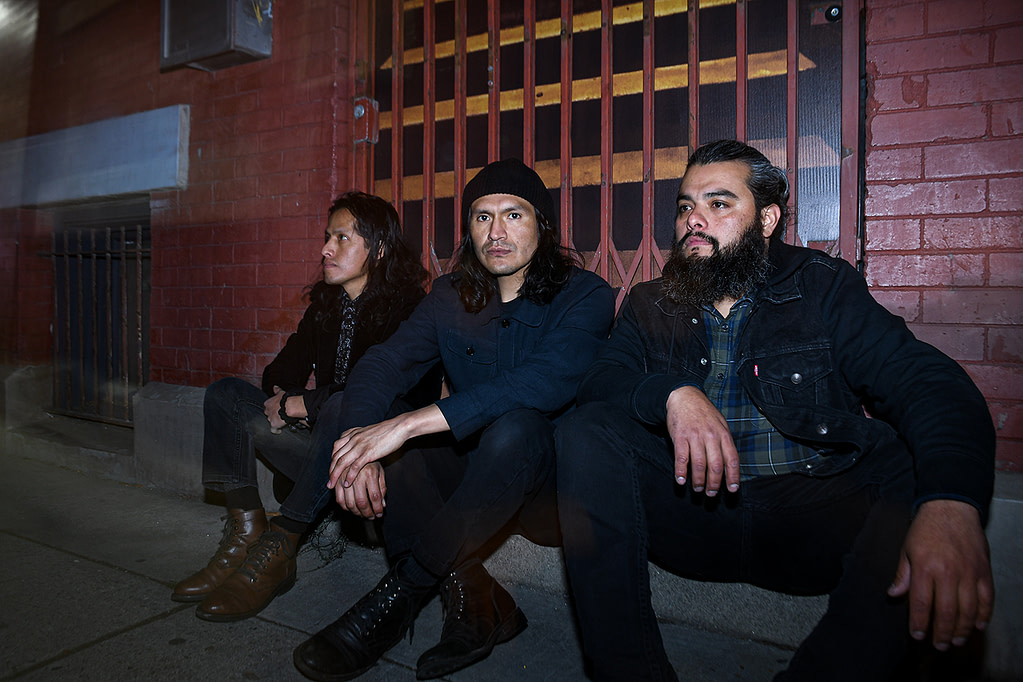 It may be cold, but hope is not lost—some of the most exciting Utah-based psych-rock artists are playing at January’s Localized Showcase. The show features co-headliners Musor and The Painted Roses with opener The Psychosomatics. SLUG Localized is $5 at Urban Lounge on Jan. 20 (doors at 7 p.m., music at 8 p.m.) and is sponsored by Uinta Brewing and Huge Brands.

In April 2016, Salt Lake–based psychedelic rock band Musor had their first show as a band with two members—friends Alan Orellana (vocals, guitar) and Diego Delgado (drums), who met at college in Peru in 2005. At that show, they met Javier Catalan (bass), who offered to fill the role of bassist. Almost six years later, Musor is releasing their debut album.

Orellana and Delgado grew up in Peru listening to Peruvian folk music, cumbia and Luis Alberto “El Flaco” Spinetta, but coming to the U.S. in their early twenties opened a new world. “Living here gave us access to a variety of instruments, amplifiers and guitar effects which were not accessible in our country,” Delgado says.

“‘This experimenting never ends because you always find new things.”

Finding their sound was a process for Musor. “At first we were trying to play like our heroes—we love Led Zeppelin, Jimi Hendrix and Pink Floyd,” Orellana says. It developed as they played together more often and Orellana experimented with the songs’ tones, using guitar effects such as fuzz, reverb and wah-wah. “I think that’s when a more psychedelic sound came to define the band,” Catalan says.

In their writing process, Musor is constantly looking to adjust their songs with small tweaks. “This experimenting never ends because you always find new things,” Orellana says. The songs from their upcoming album, which doesn’t have a name yet, were mostly written during the pandemic. Having only officially put out one song, “Dejame,” Musor are excited for listeners to hear the new album. “I think the most exciting element of Musor’s music is the dynamic of the songs—starting with peaceful melodies and gradually building up into something deeply profound and finally ending in intense chaos,” Delgado says.

“‘This year has been crazy for us—we’ve been playing two, sometimes three shows per month, compared to when we started when we played two or three times a year.”

Musor tried to record their album in their practice room for several months, but their lack of knowledge regarding recording space, equipment and other aspects proved to be a difficult hurdle. “We could not capture what we think the Musor sound is. We realized that recording is another kind of art,” Delgado says. From there, they went to Sunspell Records to record a couple of songs—it went so well that they decided to record the whole album there. Here, Musor was able to add extra guitars and integrate piano and saxophone into a song on the album.

Since they began creating music together, Musor has witnessed the local psychedelic music scene grow firsthand. “Now, there’s more bands doing this type of music with a similar kind of vibe, but they’re bringing their own flavor and style,” Orellana says. Last year, Musor played at several Psych Lake City concerts at Urban Lounge with other local psychedelic rock bands such as Casio Ghost and Hobosapien. “I like it because it’s this psychedelic wave coming from outside, and it’s growing here,” Delgado says.

A core part of Musor’s identity as a band are their live shows, and they’ve never played more than in the year 2021. “This year has been crazy for us—we’ve been playing two, sometimes three shows per month, compared to when we started when we played two or three times a year,” Delgado says. Musor keeps their concerts unique—“Every show we try to do something different,” Orellana says. A Musor set includes messing with the transitions and structure of their songs and appealing to improvisation, especially with guitar solos. “Whatever the mood tells us, we go with,” Delgado says. Catch Musor live at SLUG Localized on Jan. 20, and you can find Musor on Instagram @musorband.