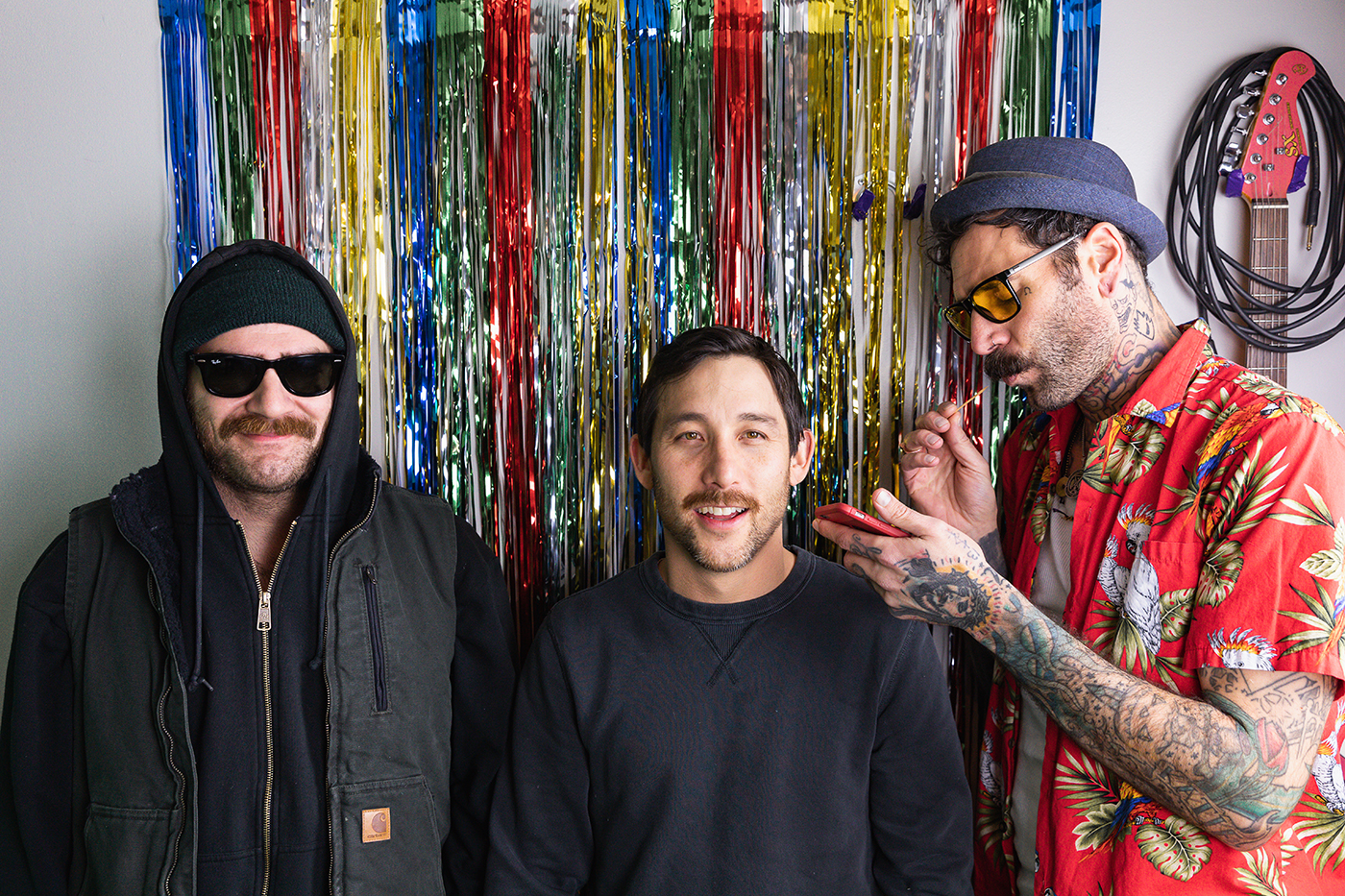 The present-day product of Telepanther is heavily driven by psychedelic space sounds. The synth from Mike Wright and Brice Okubo mixed with Kirk Dath’s interests in outer-worldly concepts propelled this band to what it is today. “[My interests] happened to coincide with the formation of [Telepanther],” Dath says, “And when Brice and Mike get together, the music just is the sound of space.”

Telepanther consists of Wright on drum machine and synth, Okubo on synthesizer and Dath on vocals and guitar (and honorary member Joseph Hanson as the projectionist). Each member stems from different local music groups—with Okubo originally from Laserfang, Dath from Crook and the Bluff and Wright from Agape. Wright and Okubo were also in a band together called Veda that semi-merged into Telepanther.

In 2015, Telepanther was formed by Wright, Okubo and Bianca Velasquez. As the years went on, the band started to “organically drift apart,” [Ed: I was kicked out] and Wright and Okubo started sending music samples to Dath to sing on. Their songwriting process has since evolved from the beginning to more of a collected energy. “The message in the songs is consistent,” Wright says, as everyone brings something similar to the table.

“We just like sci-fi and science,” Okubo says, and space-age ambiance is the strongest motif throughout Telepanther’s discography.

SLUG Mag’s Anniversary Localized Show will be their first performance together in a couple of years. Their live shows give themselves and the audience a chance to carve out an alter ego that may have never been tapped into with any other environment. “I can be someone completely different,” Dath says about performing live with Telepanther. They strive to include the audience in the cosmical experience as well. “If you can curate that experience for someone, that’s pretty special,” Wright says.

As far as prepping for the reunion show goes, “It’s strange, especially when you have years apart, and you get together again and say, ‘Where are we at right now?’” Wright says. The future is wide open for Telepanther, whose main goal is to release an album. Watch out for a new record by Telepanther and check out their current music on SoundCloud (soundcloud.com/telepanther). Be sure not to miss them for the SLUG Localized at The Urban Lounge on Feb. 21.