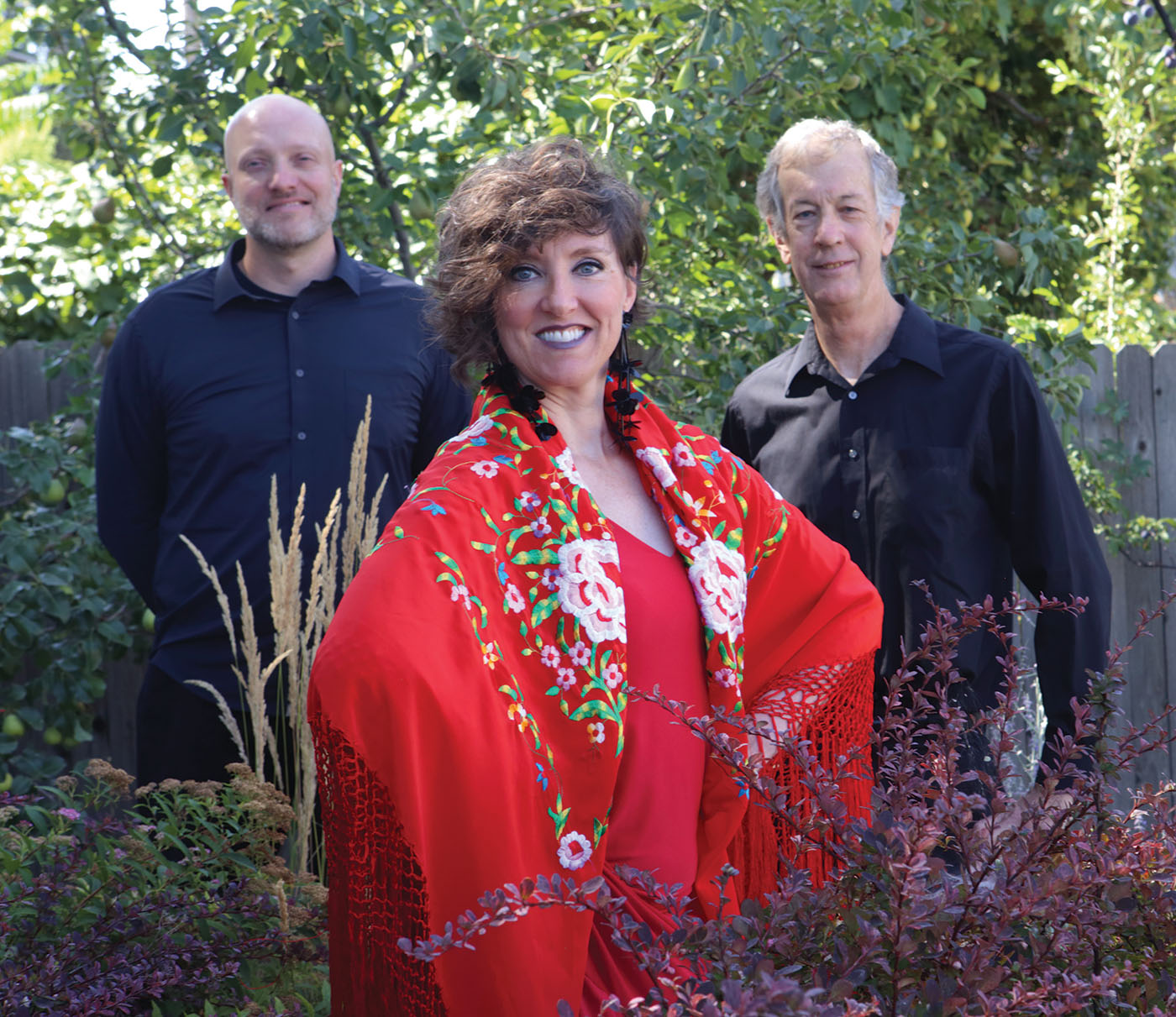 When Katie Sheen–Abbott returned to Salt Lake City after a year spent studying Flamenco in Seville, Spain, her friends were eager to witness what she had learned. Before long, and with the encouragement of these friends, Sheen-Abbott began teaching a single adult class on Saturday mornings. Now, just five years later, teaching dance is her full-time occupation. True to the essence of Flamenco itself, Sheen-Abbott’s relationship to the artform is resolute; the pace is quick and the dedication obvious.

Originally from South Jordan, the Utah dance scene has been a part of Sheen-Abbott’s life since she was five. She pursued ballet, jazz, tap and hip-hop for much of her childhood, but it wasn’t until her early twenties that she saw a Flamenco scene in a movie that suddenly sparked her “Flamenco journey.” Over the years that followed, Sheen-Abbott lived in various places, continuing to pursue dance and always seeking out Flamenco classes. In 2014, while living in Utah once again, she encountered a golden opportunity to take a sabbatical and study for a full year in the birthplace of Flamenco culture. She describes her experience in Seville as complete immersion—a state of being that she seems to have maintained ever since.

Flamenco has the ability to channel and express “the human struggle for love, connection, purpose and meaning.”

Flamenco del Lago, the non-profit that Sheen-Abott founded in the twirling aftermath of her time in Spain, currently offers dance classes for students from ages 6 and 70-plus. These classes cater to various experience levels and age groups, and are expanding to include some specific, traditional Flamenco niches. Some of the classes that Flamenco del Lago plans to offer soon focus on complementos (props), mantónes (shawls) and batas de cola (the iconic and flashy Flamenco skirt). Of these sub-disciplines, Sheen-Abbott says, “There aren’t many instructors in the United States that teach the complementos and batas de cola, so I am really excited to start offering those classes.” Due to the pandemic, most classes are currently taught via Zoom.

In addition to these lessons, Flamenco del Lago also performs as a cuardo, or Flamenco troupe. While Sheen-Abott dances and plays percussion with her stomping feet, Sandy Meek and Jake Abbott accompany her with guitars and vocals. “There’s a great deal of improvisation from the dancer and musicians,” says Sheen-Abbott, “we have to know each other very well in order to create a successful performance.” In Flamenco, the dancer is considered the guiding rhythmic force, and the other members tend to follow their lead as the composition becomes whole through continuous improv. Though Sheen-Abbott emphasizes that these shows mostly lean upon this core cuardo group, they sometimes bring in students to assist with their development as dancers. “It’s important to provide them with that experience,” she says.

“Don’t get discouraged. If you stick with it, your body will begin to understand.”

Describing Salt Lake City as “a hub for the arts” with a “huge dance community,” Sheen-Abbott notes that the Flamenco community here is relatively small, but actively growing. “I always knew l wanted to start my Flamenco program here because we wanted to be close to family and friends after living abroad,” she says. As the city grows, Sheen-Abbott has found that many of the students who enroll in Flamenco del Lago’s classes are recent transplants from other states and countries such as Texas and Colombia. “Flamenco is more well-known in those places, and I’m happy to provide these dancers with a Flamenco community in their new home,” she says.

The passionate energy and inclusive culture of Flamenco del Lago stems from a deeply held belief that Flamenco has the ability to channel and express “the human struggle for love, connection, purpose and meaning.” For Sheen-Abbott personally, these underlying themes and emotions are what feed her enduring love of the artform. “Historically,” she says, “those who developed flamenco were ‘disenfranchised outcasts’ who combined several intricate cultures in order to liberate and express themselves.”

Salt Lake City is becoming the site of a full-circle, cross-cultural saga of collaborative dance.

In the spirit of this ongoing, collaborative tradition, Flamenco del Lago honors history by occasionally sharing the stage with other forms of art and dance. In 2021, the group hopes to continue an “exciting relationship with two local Indian musicians and a dancer who perform a traditional Indian classical style called Kathak.” Another interesting note about history: “It is believed that Kathak originated with the same nomadic tribes of Pakistan that moved to Spain and created Flamenco,” Sheen-Abbott says. Salt Lake City is becoming the site of a full-circle, cross-cultural saga of collaborative dance.

On September 19, Sheen-Abbott and the Flamenco del Lago cuadro will take the stage at the SLUG Picnic. The group also regularly plays the Living Traditions Festival and is planning yet another performance at Sugar Space sometime in late 2020 or early 2021. For those interested in taking a class with Sheen-Abott, information can be found on flamencodellago.com, as well as Facebook (@flamencodellago) and Instagram (@flamenco_del_lago). To welcome those who feel excited and curious, but maybe a little unsure, Sheen-Abbott says, “I always tell new students—don’t get discouraged. If you stick with it, your body will begin to understand.”