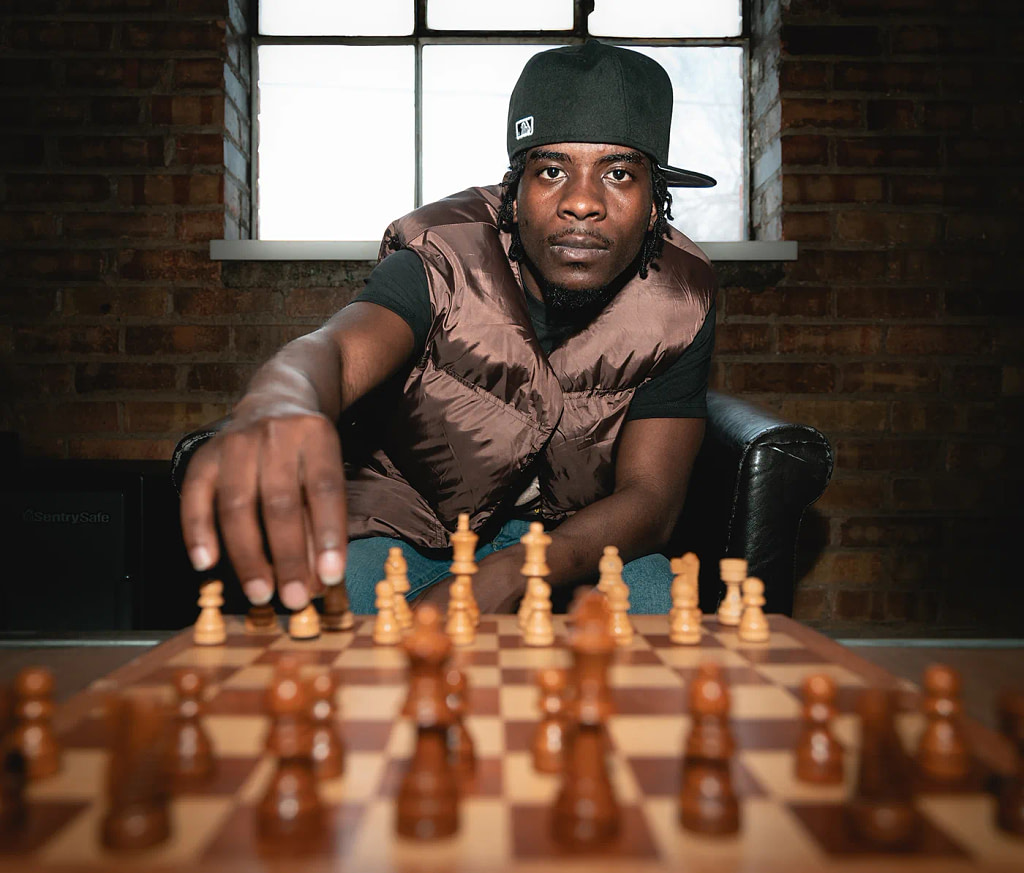 Local musician Young Spit combines elements of pop, R&B, afrobeat and more for a sound all his own.
Photo: Bonneville Jones

It’s time to welcome summer back into our lives by taking the opportunity to shed layers and sweat it out on the dancefloor to the afrobeat styles of local musicians Young Spit, Micon Guru and Gavanni at this month’s SLUG Localized. Check them out on May 19 at 7 p.m. at Urban Lounge (tickets are $5). SLUG Localized is sponsored by Uinta Brewing and Riso Geist.

The best quality comes from a tight-knit team that inspires each other through their own growth. Young Spit’s career as a musician has proven to be an example of that level of quality. His gratitude has set up a powerful foundation for spreading his sound across Salt Lake City and many other parts of the world. From here, his years of production are continuing to take off toward a higher caliber of proficiency.

“I’m moving to a new type of sound that everyone can listen to. I want my message to touch everybody.”

Young Spit’s appeal to music is part of his culture and upbringing. “You know how people over here get together and watch TV—we’d get together and sing songs. I’d listen to the grown-ups singing, and that’s where the passion came from,” says Young Spit. He and his family moved to SLC in 2007 from Burundi and lived in several spots across the valley. Being a refugee his whole life, his strength of adaptation set the stage for SLC to influence his creativity in a positive way. “Every new environment I’m in, I always learn something from, and it has an impact on me,” he says. SLC was equally drawn to his vision, manifesting in the form of several connections in the community.

Young Spit’s tracklist and music videos showcase a driven community of collaborators. One of his top collaborations that supported his entrance to the global platform was with music producer Mike Moonlight, who discovered Young Spit’s music from his previous project, “Rukundo.” Moonlight recognized Young Spit’s vision and decided to support him on a production level, flexing the boundaries of what’s possible with Young Spit’s talent. “Mike is a person who has pushed me to believe more in myself and what I’m doing than anybody else,” says Young Spit, an artist who has a knack for finding the right people for his productions.

Young Spit’s latest single, “Sinogusiga,” pushes out a vibe that he’s shifting toward. He started with creating trap and rap music but then noticed that working within those genres was constraining his work and fanbase. “I’m moving to a new type of sound that everyone can listen to. I want my message to touch everybody,” he says. His new sounds highlighted in his 2022 single bring flavors of afrobeat, pop and R&B, inciting a fire in the listener’s body. The song features his home language of Kirundi, as well as English, and is the beginning of a new signature sound for Young Spit.

“Every new environment I’m in, I always learn something from, and it has an impact on me.”

He is currently focused on pushing his music back to Burundi. His global reach is the product of his initiative to send music there and to continue his work with Moonlight to reach other countries. His priority is to work on traveling back to the areas of East Africa to do more in-person collaborations, complete media tours and enhance his connections. “If I build my fanbase back over there, then people over here are going to see that what I’m doing is better,” he says.

If he’s not creating music, you can find Young Spit strategizing on what comes next for fans and listening to some of his top inspirations, including Canjo Hamisi. “Even when I’m not releasing music, I have music ready,” Young Spit says. It may not be long before we see Young Spit surpass Big Fizzo’s fan base in Burundi. Find his music on all regular streaming platforms.

Read more of SLUG Localized:
Localized: In Your Grave
Localized: Earthworm and Clësh