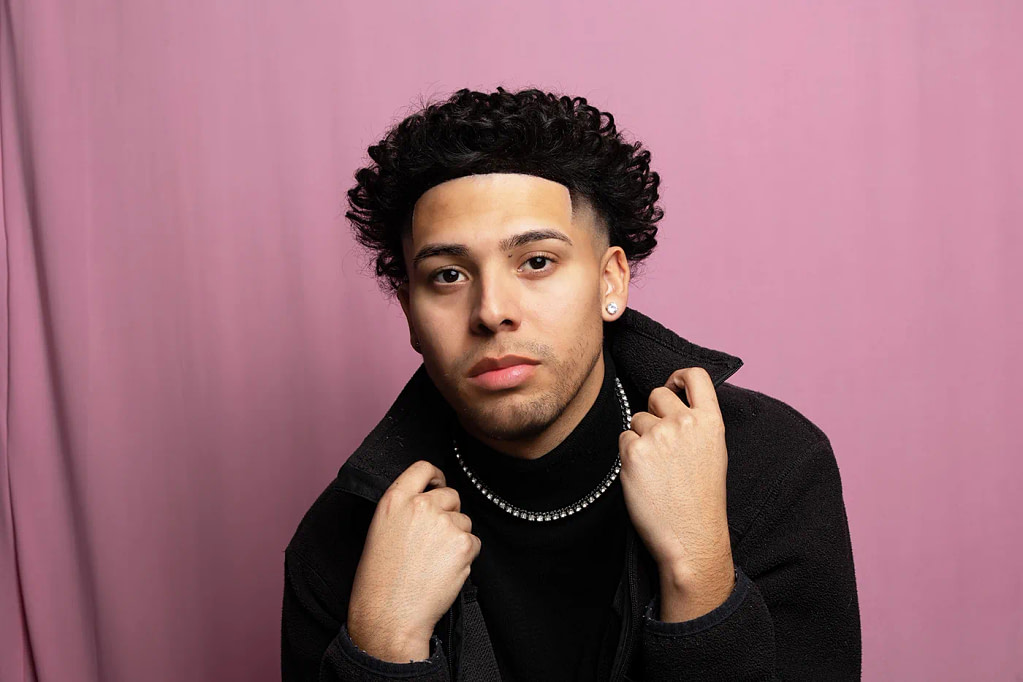 The ever-tenuous balance between blowing up and staying true to your roots—Utah-based hip-hop artist Enzo understands this quandary as well as anyone. Photo: Rudy Diamond

Not Just a Local Rapper: An Interview with Enzo

The ever-tenuous balance between blowing up and staying true to your roots—Utah-based hip-hop artist Enzo understands this quandary as well as anyone. After a rollercoaster rush of a breakout and a flirtation with mainstream attention, Enzo is firmly back in his home state of Utah with a renewed, self-directed spirit.

From a young age, Enzo found refuge in music, writing poems and eventually songs as “a bit of therapy,” he says. “I never took it seriously; it was just a thing I would do to express myself.” This was until Enzo met his now-closest musical collaborator, Chris Nito. Describing Nito as “the guy that does everything”—producing engineering, arranging and more—Enzo says that Nito “put this battery pack in me” and curbed some of the rapper’s self-doubting thoughts.

Part of these anxieties came via Enzo’s redundant relationship with Utah. “I hate the term ‘local rapper,’” he says, noting that the designation often comes with an acknowledgment of restricted reach. “There’s so much talent here … [and] I know musicians have made it out of here before, but not a rapper specifically. It’s hard to fathom.” After Enzo and Nito’s first project, 2020’s Valley, began picking up traction across blogs and social media, the bell of opportunity quickly silenced these fears when a major label (that, for legal reasons, he prefers not to name) took notice of a one-off video of Enzo performing in front of his car. Before he could believe it was real, Enzo found him and his team in talks with the label’s signing team.

“There’s so much talent here … [and] I know musicians have made it out of here before, but not a rapper specifically. It’s hard to fathom.”

Enzo emphasizes the geniality and generosity of the label and executives that worked with him on the deal, but ultimately the artist and his team chose to turn down the opportunities offered to them and return to the independent scene. “Especially being from here, it felt—and still feels—like a once-in-a lifetime opportunity when something like that comes knocking,” Enzo says, “[but] it’s very early …They wanted more control over what I was doing than maybe I would be willing to relinquish.”

Alongside business manager Amel Obic, Enzo and Nito now make up the core of Valley Boy Music Group, the independent team behind the artist’s music, already pushing out a new project titled It’s Not You It’s Me this month. Emboldened by the decision to retain an authentic identity, Enzo worked to make this project his most personal yet. The title references the common breakup line, with the rapper flipping the excuse’s insincerity around. “[It’s] me looking in the mirror and being like, ‘I’m probably the problem in a lot of my relationships’—not even just romantic, [but] other relationships,” Enzo says, highlighting tracks such as “On Read” and the opener, “Famous,” as emblematic of the album’s direct lyrical approach. In particular, the latter’s loosely structured, stream-of-consciousness allows Enzo to dissect his relationships to family, his mental health and more.

“[It’s] me looking in the mirror and being like, ‘I’m probably the problem in a lot of my relationships.’”

Chosen for release by Enzo’s fans via a Snapchat poll, the first offering from It’s Not You It’s Me is the buoyant “Big Sass.” Enzo jokes about how the song might come across as a boastful player’s anthem, but he notes the track is actually meant to relay a message of confidence. “It came from a conversation with a friend [where] she was telling me about her dating problems … She felt like whoever she was talking to wasn’t appreciating her,” Enzo says. The single plays out as a string of affirmations from Enzo to his friend—“You got this sassy attitude, you’re a pretty girl, you have your own money, you have your crib. You have a lot to offer,” he says of the lyrical message. “It was telling this girl, ‘You’re doing good, don’t worry.’”

As Enzo builds this steadier, self-realized artistic persona centered around his real-world experiences and relationships, he hopes to continue courting national attention while always keeping a tether back to his home. All too familiar with an outsider’s warped perspective of Utah, Enzo says that, “I feel like it will take somebody from the outside to give it credibility … I don’t know if it’s gonna happen or not, but that’s what I would be proud of—doing something bigger [and] then turning around and shining a light on your home city.”

Find Valley, “Big Sass” and more of Enzo’s music on all streaming platforms, and follow the artist on Instagram @lightskinlori to keep up to date with the musician’s journey.