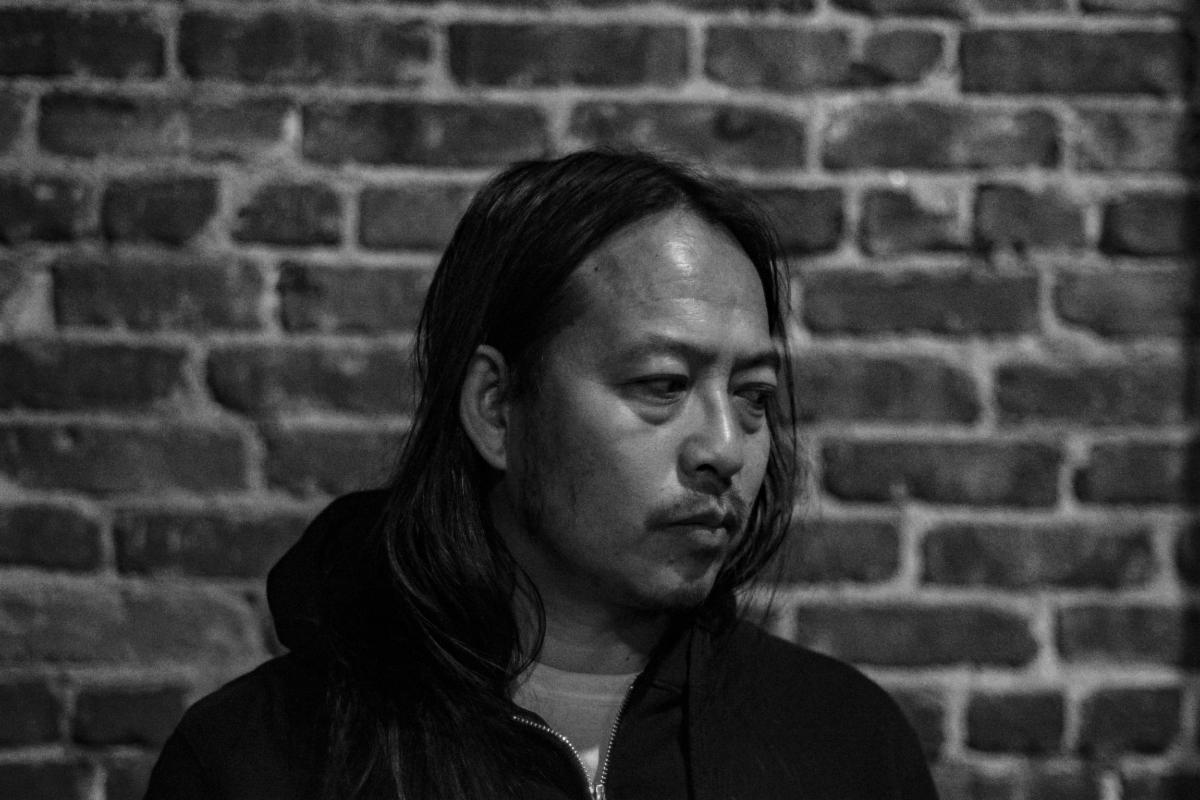 Now and Never: An Interview with Tashi Dorji

“Urgency, immediacy and becoming.” Such are the three words improvising guitarist Tashi Dorji uses to describe the emotional state finds himself in when performing; three words with a similar sense of nowness, but with varying connotations and implications. Stateless, Dorji’s new acoustic LP for Drag City, embodies this triangle of present-oriented playing. Across nearly an hour of improvisations by turns explosive, delicate, beguiling and more, Tashi Dorji frames his guitar playing as a vehicle for the exploration of movement into stasis, construction for the purpose of combustion and a willful embrace of this contradicting beauty.

Stateless opens with overplucked, high-end dissonance and rarely cedes from here. It’s not that the music is particularly aggressive or distancing—if anything, the acoustic timbres give Stateless an accessible inlet by highlighting the raw physical greatness of Dorji’s playing. With its dissonant scurry through lopsided, two-note figures, opening track “Refusal, Part 1” shouts the record awake, while the resonant, open-string textures and constant ascension of “Statues Crumble, Heroes Fall” offers a rapturous crescendo and a sense of natural expanse.

“I feel like it’s kind of a punk record without a band,” says Dorji. “The anarchic tendencies of improvisational music are really unique and important to me.” From Coleman to Coltrane, the AACM to AMM, the association of free improvisation with radical politics is as old as the medium itself. But Dorji’s specific connection to the unhinged expression of punk gives his urgency a special looseness and unrefined brilliance. On the frantic “Now, Part I,” Dorji stomps up and down his fret board with a fiery bombast. Forcefully moving between notes like his life depends on it, he imbues physicality and vitality into each utterance.

And in a time that’s both eternally tedious (waiting out an invisible end to a global pandemic) and barreling through at a rampant pace (a raging storm of climate crises, governmental breakdowns and political uprisings/repressions), Dorji finds that an exploration of the necessity of urgency an important focal point. “I have a lot more time to think about ways to make my practice relevant to uprising and strengthen our solidarity,” he says. While the abstract nature of improvisational music might not foster a one-to-one connection with political messaging in the same way as lyric-driven works, there’s a tactile, emotional analog that resembles the real-time experience of these tumultuous times.

In the December 1998 edition of The Wire’s “Invisible Jukebox” series, lauded improvising guitarist Derek Bailey said, “If you could only play a record once, imagine the intensity you’d have to bring to the listening.” Famously abhorring LPs and other recorded music media, Bailey viewed improvisation as a practice that only made sense at once. And though Dorji’s improvisations have a loose-hanging edge unlike the British giant’s playing, this intense focus on the present happenings of improvised music carry over.

For Dorji particularly, this act of hyper-focused listening is an essential practice for both audience and performer. Speaking of his music as an autonomous being that he lives within and alongside, Dorji says that, “It’s all about listening and finding your place within the volatility that is improvisation.” His search of place suggests his performances themselves tumble ahead of his mind and fingers, overtaking a humanist conception of creativity and giving credence to the moment, the sound and the environment.

While not a practice that Dorji currently undertakes, this present-orientation finds a welcoming home through live performances. “The immediacy and imperfect nature of the improvisational practice becomes … apparent and honest,” he says of the difference between his published output and an in-person setting. With the barrier of recorded medium further minimizing the length of the idea-performer-audience-interpretation pathway, the emotional ideas carried through Dorji’s guitar (and often, his collaborators’ instruments) approach its listeners with a closer sense of kinship,conversation and “honesty.”

In a purely musical sense, Stateless is a record of constant becoming. It’s general character is one of movement, where the notes melt or jut into each other in a series of sharp-edged sentence fragments. On some tracks, this ever-evolution finds a momentary wave on which to ride, as on “End of State, Part III.” Driven by a harmonic-heavy, triple-meter groove, the track floats in a celestial haze, its distant harmonies sparkling atop a jagged and segmented pentatonic melody in Dorji’s lower strings. Its general pulse, a bounce as light as its floating sound, fades in and out of meter and its tune ekes itself out in belabored stutters toward existence.

The track’s title, as is the case throughout Stateless (see above paragraphs, or “The Swelling Fruit About to Shatter the Husk of The Old World”), speaks to the ideological end of Dorji’s musical outlook. The verbage envisions an abolition of boundaries and structures, another viewpoint that Dorji views as inseparable from improvised music at large. “I think improvised music is really a practice in mutuality and non-hierarchy,” he says. “The sound becomes sort of a tool for dismantling, disrupting the state of things.” In the same way that his improvisations are constantly unfolding, reforming and shapeshifting, the ideologic process behind these works seeks to access a place of total unbecoming for the terrorizing institutions built around us. And more importantly, the making of the sound itself actualizes this post-state world through an artistic practice that erases individuality.

“The sound of improvisations, to me, lives in … a liminality, in a constant state of becoming and disappearing,” Dorji says of this type of playing that looks past convention and control toward natural, nearly subconscious expression. As a musical document, Stateless moves through these places of definition and fluidity without ever feeling forced in its scatter. When the music needs to become something resembling a pattern, it does; when it needs to disappear into ether and speckles, it does.

The idea of improvised music as a means of artistic, personal and societal change finds a potent distillation in Dorji’s curt answer to my question of what lies ahead for his practice: “Future is now.” Similar to this mind-bending dictum, Dorji’s music lives in a world resistive to theorization and codification. The contradictions inherent in his art—music both personal and global, physical and mental, polemical and meditative—give it a rewarding, totalizing experience. Stateless is bewildering, yes, but it’s also plainly powerful; the record looks toward the limit of un- and re-raveling, envisioning a music/world in unceasing flux. So much so that definition as a practice becomes moot, replaced by a radical flow.