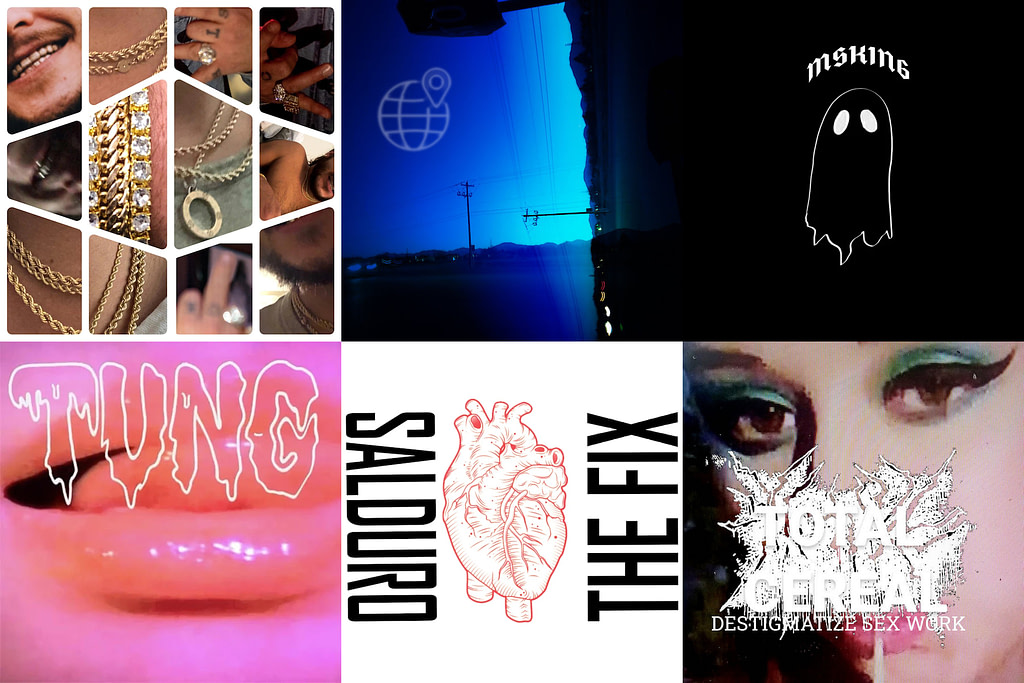 We picked the genres in our September “Local Music Singles Roundup” by throwing six ping-pong balls and seeing which cup they landed in. With sounds ranging from vaporwave (.mp3Neptune’s “Global Position”) to indie (Salduro’s “The Fix”) to hip-hop (CeeLos’ “Luxury”) to ‘90s grunge (Msking’s “Ghost”), there’s a song in here waiting to find its forever home in one of your playlists. 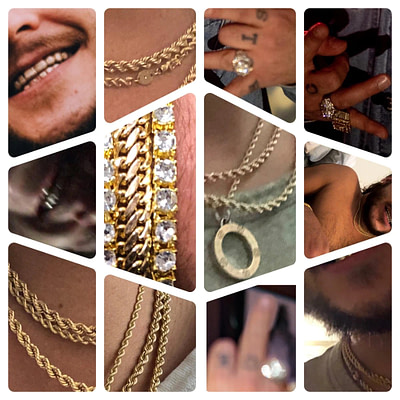 “Luxury” is one of those tracks that if you listened to it as a child, it’d be a fun hip-hop beat to bop along to; when you listen as an adult and understand the lyrics, it gives you an existential crisis. This track is all about duality and juxtaposition. The essence lies in the lyrics—“All I see is luxury / I didn’t have no place to stay / I didn’t have no food to eat / … All I see is luxury.” CeeLos gives the message that while you may not have a lot, wealth is about your mindset. A strong and smooth trap beat heightens the fanciful theme of the track, giving your mind a wave of calm. Once that beat starts, you just melt into the rhythm and flow, making this track truly a piece of luxury. –Marina McTee 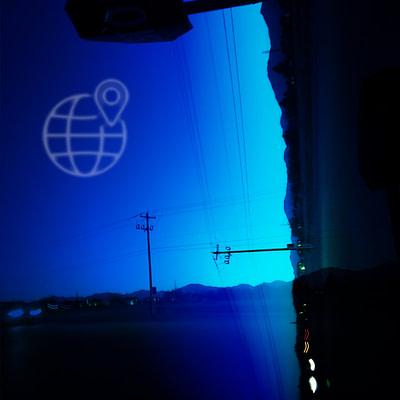 Though both their moniker and affinity for internet-era iconography place .mp3Neptune firmly in the world of vaporwave, “Global Position” finds Tremayne Gillis on the outermost fringes of the genre. The track borrows heavily from ambient techno and the wider world of atmospheric electronica for a lush slow burn crammed to the gills with burbling, aquatic keyboards and languid grooves. The mix here is dense enough to create a vibrant soundscape while never becoming oppressive or overbearing, and steady shifts throughout the track make the 11-minute runtime feel both brisk and justified. Beats fade out and back in, filters mutate and dissolve, and hazy melodies swirl into being before melting into others. The results are wonderfully soothing and chill while still being dynamic enough to deliver the slight melancholic edge all the best vaporwave does. –Nic Renshaw 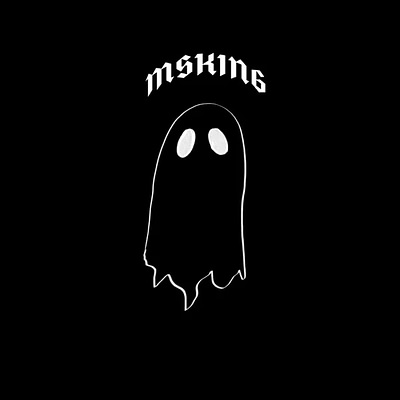 On “Ghost,” Msking hearken back to the grunge rock of the ’90s with undertones of contemporary pop-punk. Lead singer Miranda Lewin noted the lyrics for “Ghost” are open to interpretation, but she shared what they mean to the band: “For us, it refers to addressing the past. There are themes of existentialism, cynicism and fear of the unknown,” she says. Karlie Bagnani, bassist and vocalist for the track, says their biggest inspirations are Nirvana and The Smashing Pumpkins which can be heard in the gritty and calculated sound they create. The second chorus includes beautiful harmony vocals, eventually leading to a mini jam session and sing-along chant of “la la la life.” Msking have a new EP on the horizon and can be found on Instagram @msking.music. –Andrew Christiansen 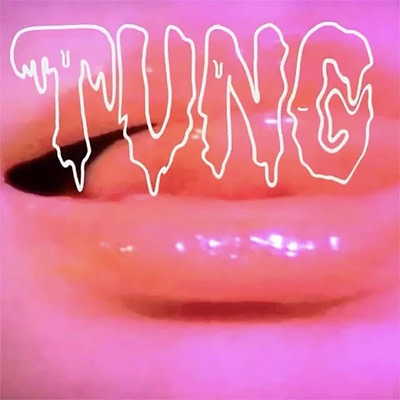 Rotten Musicians’ “TUNG” exists somewhere in between a late-night movie marathon of the least-checked-out Blockbuster VHS tapes and an over-observant encounter with a popsicle. “Put your tongue out / Put your tongue out,” sings the hip-hop group in a cultish chant that dares you to join their legion of lapping. Backed by a bass-forward beat, the rest of the track’s nasty mentions of various licks are brought to the forefront, allowing you to relish each and every slurp. Fortunately, the song stays away from being completely juvenile as a result of its extremely creative and satisfying production that somehow, in the middle of all this, sends you tip-toeing into the depths of a dragon’s lair to avoid being slathered by its fiery tongue. Give it a taste—“Don’t be tongue tied / Let your tongue glide”. –Aidan Croft 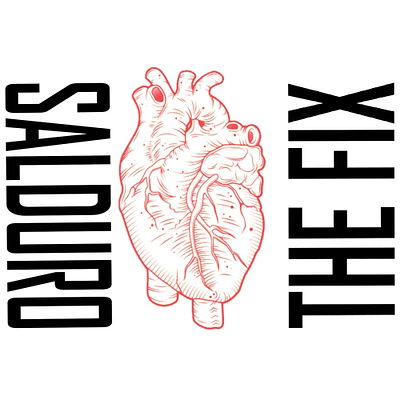 Salduro is “back on the fix” with their latest single, and I don’t know why I haven’t been on it sooner! Who said easy listening had to be boring and basic? Who said indie could only be slow, repetitive drumbeats with depressed crooning laid over it? Definitely not Salduro, as this track is engaging and happy all the way through. “The Fix” track’s strength comes from its dynamic energy; Lyndi Perry’s voice is pleasant with a little grit to it, making this self-described ode to friendship perfect for any moment, whether it be floating around as background noise or danced to in the kitchen with the ones you love. In classic indie fashion, I had trouble making out some of the lyrics, but “The Fix” cheerfulness needs no interpretation—just let the emotions carry you to a memory softened by nostalgia. –Alexis Perno 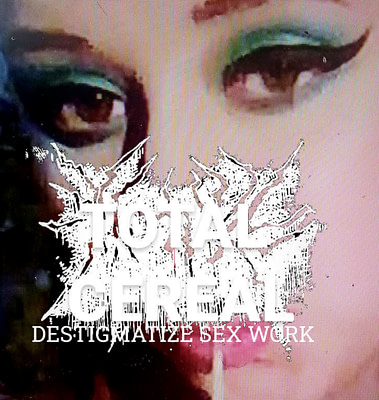 With mumbled basslines oozing like boiled tar over one of the biggest, dumbest drum beats around, prolific noise/powerviolence act TOTAL CEREAL relish in the titular liberation of “destigmatize sex work.” Atop the distorted march, hellish vocals from porn star Zoey Laine traverse moans, sighs, screams and submissive pleas. Both Laine’s vocal track and the lumbering rock groove—sultrier, more composed than the skree of the single’s A-side—possess a vital playfulness and confidence. When TOTAL CEREAL reach a high point within the track’s death-march procession, the collision of the amplified noise and the drum’s physical heft radiates kinetic energy; Laine commands the space, her presence lifting the surrounding gloom toward ecstasy. In this embrace of self-defined sexual power and prowess, “destigmatize sex work” distances itself from noise’s often degraded, shock-value sexualities—pleasure over pain (unless that’s your thing). –Audrey Lockie