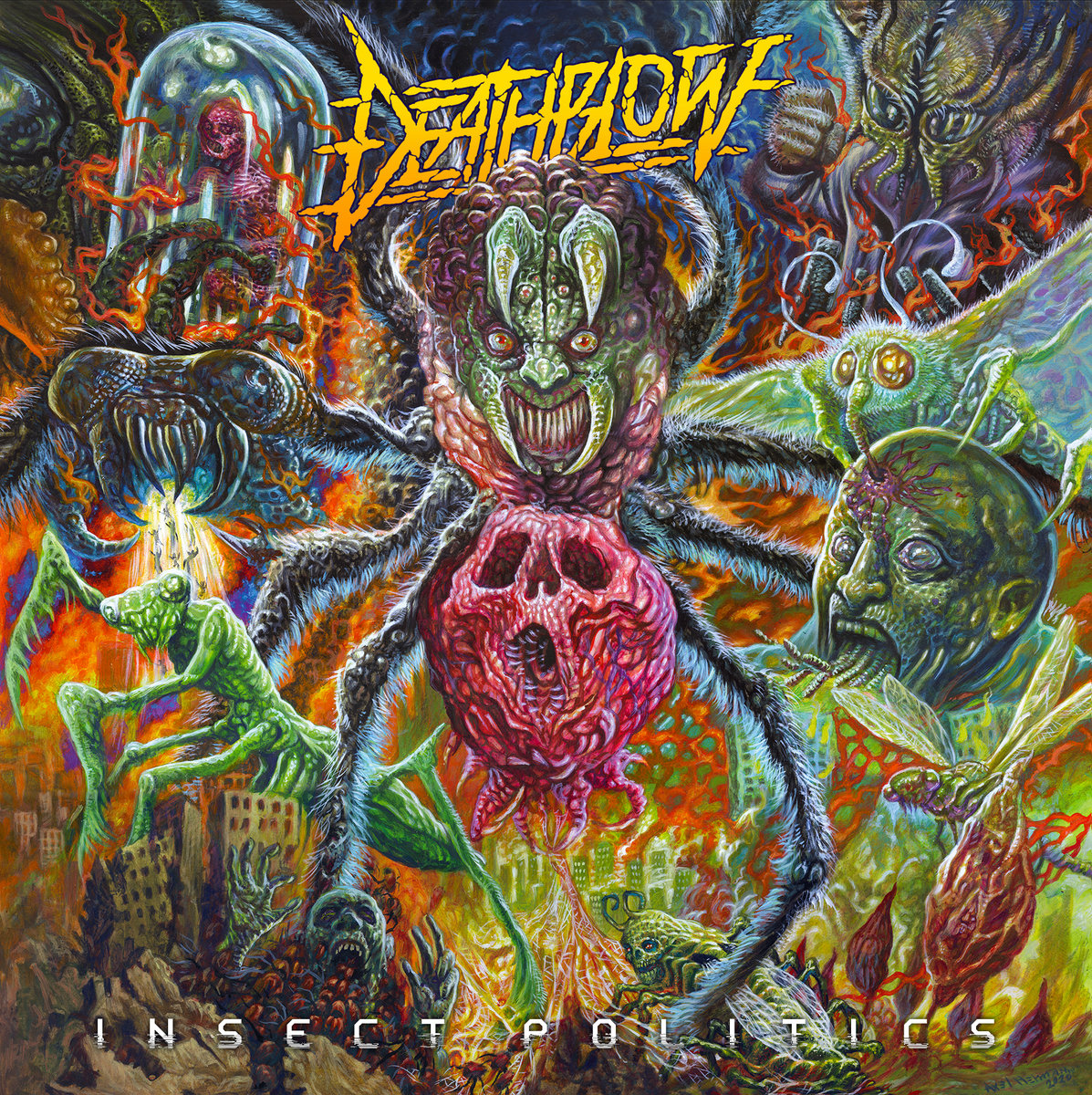 Metal’s inexhaustible list of subgenres can be daunting. 40 years ago, you could more or less count the varieties on one or two hands: Heavy metal, NWOBHM, black, speed, doom, thrash, a burgeoning death style and some others. As with all things, those genres have since mutated, split, recombined, evolved and further delineated to the point that black metal alone has dozens of permutations. With an unrelenting list of subgenres to play within, it’s strange that straight-up thrash—not death thrash, or blackened thrash, or crossover thrash—remains an underrepresented genre in 2021.

With the scientific integrity of a five year-old dropping play doh in a bowl of cereal, I took a cursory glance through Bandcamp and some music review sites to see the amount of Thrash releases that were catalogued. I counted a few reviews in 2020, and some albums on Bandcamp, but they were the usual suspects (Power Trip, Enforcer and a few others, notably more on the crossover end of the spectrum), but it was clear that in the modern era, thrash is on a downswing. Where has all of the thrash gone?

Deathblow is stepping up to fill that void. This is T H R A S H and brings all of the best parts of the genre to the party. If you’ve been looking for some thrash worth your time in this second decade of the twenty-first century, Deathblow is a band you’ll want to check out.

Holton Grossl’s (a.k.a. Holger the Horrible) vocal style has a serious Exodus–style rhythm and tonality, which punctuates the songs in time with the rhythm section. It generates momentum, and because of their staccato nature, these vocals are instantly legible. Many current thrash and thrash+ bands opt for a delivery that is harsher, making Grossl’s style a welcome throwback to other options within the genre.

The other—I will admit fair—gripe with thrash is that it can be bloated. 16 five-minute songs is just too much. Deathblow keeps it tight—eight songs in thirty-five minutes. Perfect. It allows you to absorb each track and pick out the memorable elements in each. Concise time stamps alone don’t make an album work, but well-written songs do. And this is the extra piece that makes Deathblow stick instead of just passing by. With its singalong choruses,  “Convert or Die!” will be an awesome set opener/closer when we get back to seeing bands in person. The second half of “Agent Zero” builds around a simple guitar line, adding more layers and sounds before pulling back and settling into the groove. There are so many excellent riffs throughout the album (including an audible and active bass!)  that I found myself identifying them easily with only a spin or two. A good riff should hit you from the moment you hear it and burrow in. Deathblow has them all over Insect Politics.

Let’s hope we can all see each other in a Deathblow pit in the near future, because it’ll be a hell of a time. –Peter Fryer