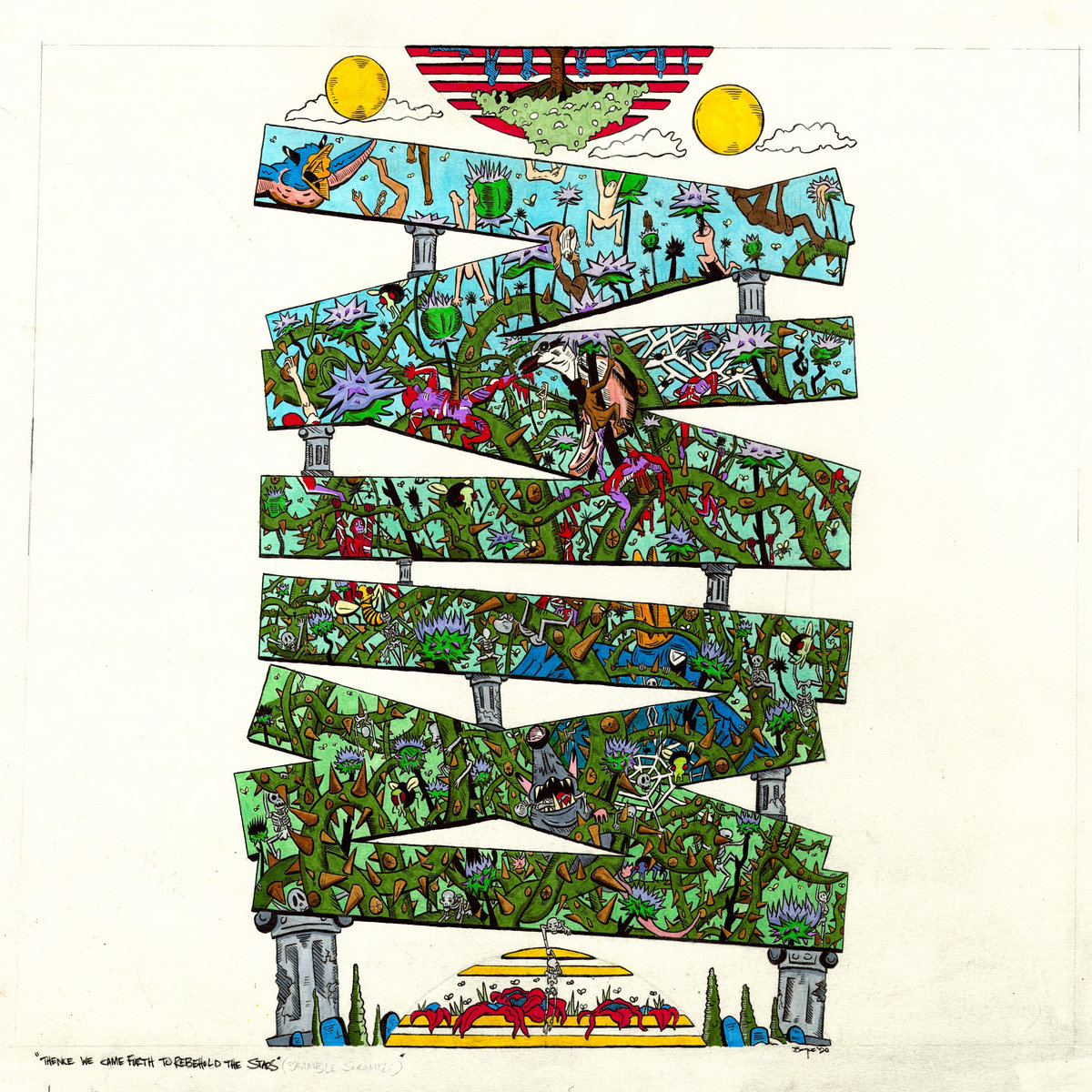 Local Review: Icarus Phoenix – No tree can grow to heaven unless its roots reach...

With their sophomore album, Icarus Phoenix have alchemized the artistic inhibitors of self-consciousness and judgement anxiety into a charming collection of 13 polished tracks. On No tree can grow to heaven unless its roots reach down to hell, Icarus Phoenix pose challenging and universal questions with confidence and sincerity. While the self-searching on display is occasionally dreary in nature, the band’s cleancut, radio-friendly sound offers a pleasant lightheartedness that easily rises to the surface.

Many of the lyrics on the first half of No tree directly address the common ups and downs of trying to write a song. Vocal duties primarily fall to A.R Herrin, though it is not clear which members of Icarus Phoenix have written which lyrics. In any case, the opening chunk of tracks serves as a keen audit of the experience of songwriting. “Rivers” begins with a line pulled directly from a creative person’s self-doubt: “So you want to write songs in a world full of sound / So you want to make art when entertainment abounds.” Just like the creative process itself, this track—and the album as a whole—lyrically and tonally undulates between melancholic doubt (“Self-involved black hole”) and cathartic exclamations of self-acceptance (“Who we are and what we have is enough”). No tree’s lyrical analysis of the artist condition concludes on “Swim, for Jake and Morgan” with a bleak resignation: “Compliments or criticism, we’re still lost at sea.”

For an album that sensitively deals with emotional turbulence and artistic insecurity, No tree is curiously bright and cheerful—especially if you tune into Herrin’s soothing voice as a melodic instrument rather than a transmission of existential questioning. Catchy and clean guitar riffs played by Will Pasternak add pleasant buoyancy to almost every track. Nick Dorsey’s drums are heavy in the mix and offer attractive, poppy leadership which the rest of the band clings to with ease. The combined effect is relaxed, elegant and mildly shoegazy. Much of No tree feels like a cousin to mellow and socially adept albums like Vampire Weekend’s debut or Coconut Records’ Nighttiming.

The upbeat veil of No tree reaches its peak with “Eddie King,” a feel-good tune that profiles its happy-go-lucky titular character. It isn’t clear if Eddie is based on a real person, but his arrival offers a radiant antidote to the raw insecurity on display throughout the opening tracks. Herrin sings “He smiled / And lived wild / Cuz he knew / We’re all on our way to decay.” In the midst of No tree’s central themes of self-consciousness and creative vacillation, “Eddie King” is the uncomplicated and self-assured foil.

In the album’s later stages, a spell of minor chords and somber melodies steers the project toward the topic of loneliness. A barrage of questions appears in the lyrics. On “All the Same” comes “What is wisdom? / Is it similar to faith?,” and “The Sea Legs of the Mandarin Dynasty” asks “How are we not built to be ego-centric? / When everything we touch revolves around us?” Zero answers are offered. While the final third of the album recalls the despairing resonance of bands like Built to Spill and Silver Jews, No tree never fully collapses into hopelessness. Near the end of “All the Same” comes a crucial sliver of insight: “There are answers better than what’s here right now.”

There are very few albums that can be described as both easy to listen to and severely vulnerable. In between sun-soaked guitar solos, cheery wind instrument cameos and addictive choruses, No tree can grow to heaven unless its roots reach down to hell is packed with deep thinking and incisive writing—it’s a refreshing outlier in the indie-folk genre. –Austin Beck-Doss