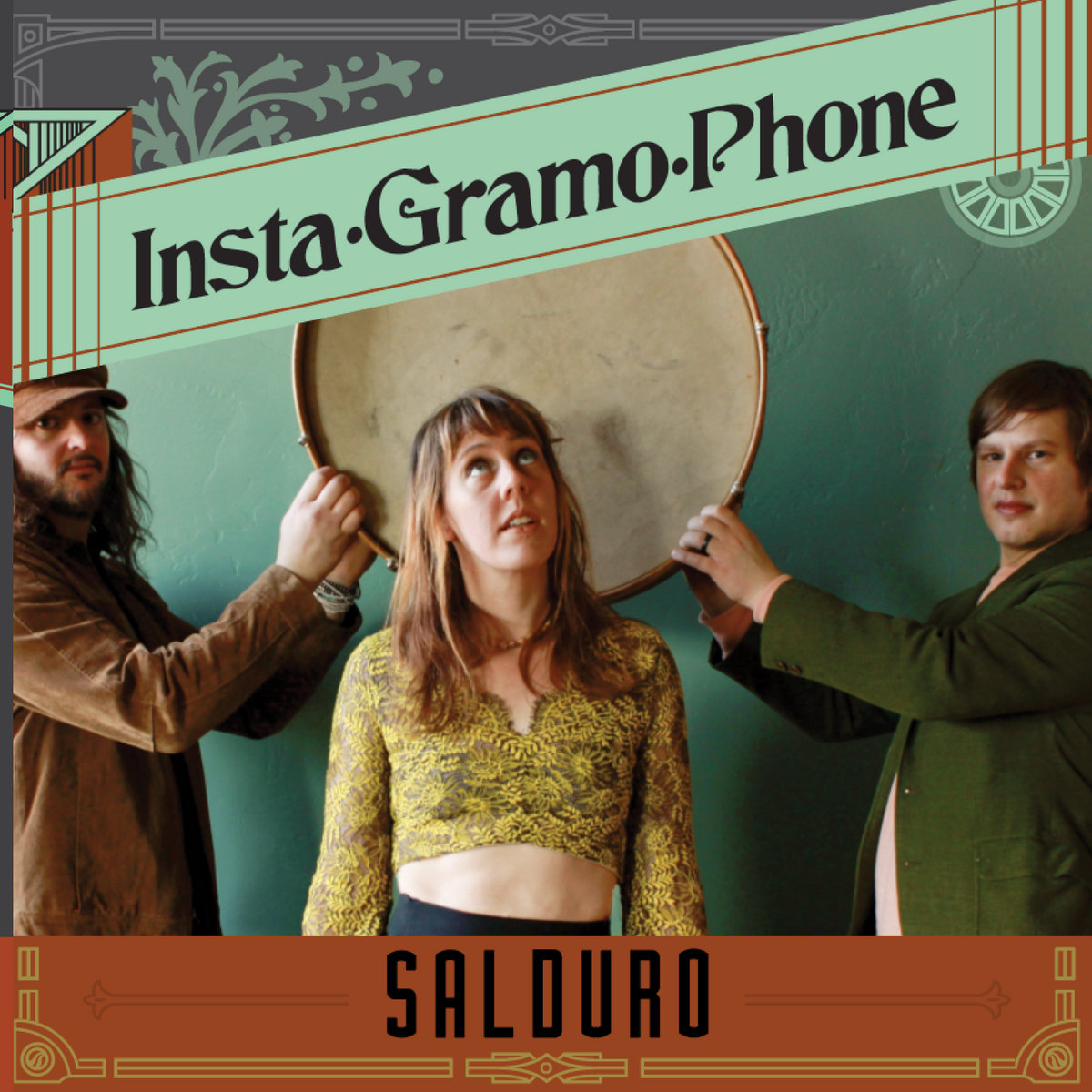 Maggie Regnier, band leader of Logan’s own Salduro, has always hated the feeling of screaming into the void. In the internet age, the volume of streamable music sometimes feels disproportionate to the number of ears that are available to listen. For Regnier and Salduro, it is clear that putting the music out there on Spotify etc. doesn’t mean people will hear it. It’s like dropping grains of sand onto an already massive dune—even if people do find Salduro’s music among the horde, the context that gives the music its identity is somehow absent. During a recent interview with SLUG for an episode of SLUG Soundwaves, Regnier explained her take on music and the internet: “It’s not me in a bar singing to someone that I can see. It loses any sense of meaningfulness to me, and so I think maybe it doesn’t mean anything to anyone else.”

Insta-Gramo-Phone, Salduro’s new album of nine very brief tracks, is Regnier’s answer to the problem of the internet’s contextual vacuum. On Instagram, uploaded videos (not “reels,” which are shorter and Tik-Tok-esque) must be no more than 60 seconds long. In an agile effort to give into the internet’s limitations rather than fight them, each of the tracks on Insta-Gramo-Phone fits neatly into a single Instagram post. As Regnier looked through old notebooks and unearthed  “unfinished songs,” she began to question her assumption that these needed to be expanded upon in order to be considered finished. She felt that these songs already said what they needed to say—and the new Instagram-imposed time limit allowed her to start thinking of them as completed works.

As many artists have said, limitations are prone to trigger the creative process. In a sort of “if you can’t beat them, join them” exercise, Salduro worked within the constraints of social media to create context where there was previously none. The resulting nine tracks are uncomplicated and crudely cut—sometimes tracks begin or end in the middle of a melody or verse.

The album’s succinct runtime messes with the mind of a listener accustomed to four-minute tracks and 40-minute albums. Because Instagram automatically plays videos on a loop if you don’t swipe to the next post, I found myself listening to several tracks three or four times in a row before realizing I had done so. Disoriented, I felt my brain battling its own expectations of song structure, track length and music as a whole. While the tracks themselves are simple and earnest, their unusual format provides a nuanced opportunity for listeners to question the limitations and patterns that are firmly lodged in our minds.

Each track has an actual title and also—true to the conditions of Instagram—a hashtag. These hashtags provide additional context and insight into the subject matter Regnier is addressing. For example, “voyager 1 / #carlsagan” uses its hashtag to suggest themes of isolation and the pursuit of companionship. On this track, Regnier sings “My god we’re alone down here / Won’t someone call back,” before the mix abruptly cuts into a brief jumble of muffled noise.

On “Saturated Life / #breakupsong,” a walking, Modest Mouse-ish bassline plays under a guitar riff that is at once melancholy and funky. With grit in her voice, Regnier employs the quiet-loud dichotomy found throughout the album as she sings “Saturated life / Your blackest black is my greenest grass.”

For an album so digestible, Insta-Gramo-Phone offers plenty of thought-provoking questions. Impressively, Salduro—Spanish for hard salt and also the name of a ghost town outside of Tooele—have crafted an internet age concept album without ever sacrificing light-heartedness and unmistakable fun. It’s all right there on Salduro’s Instagram @salduro. –Austin Beck-Doss