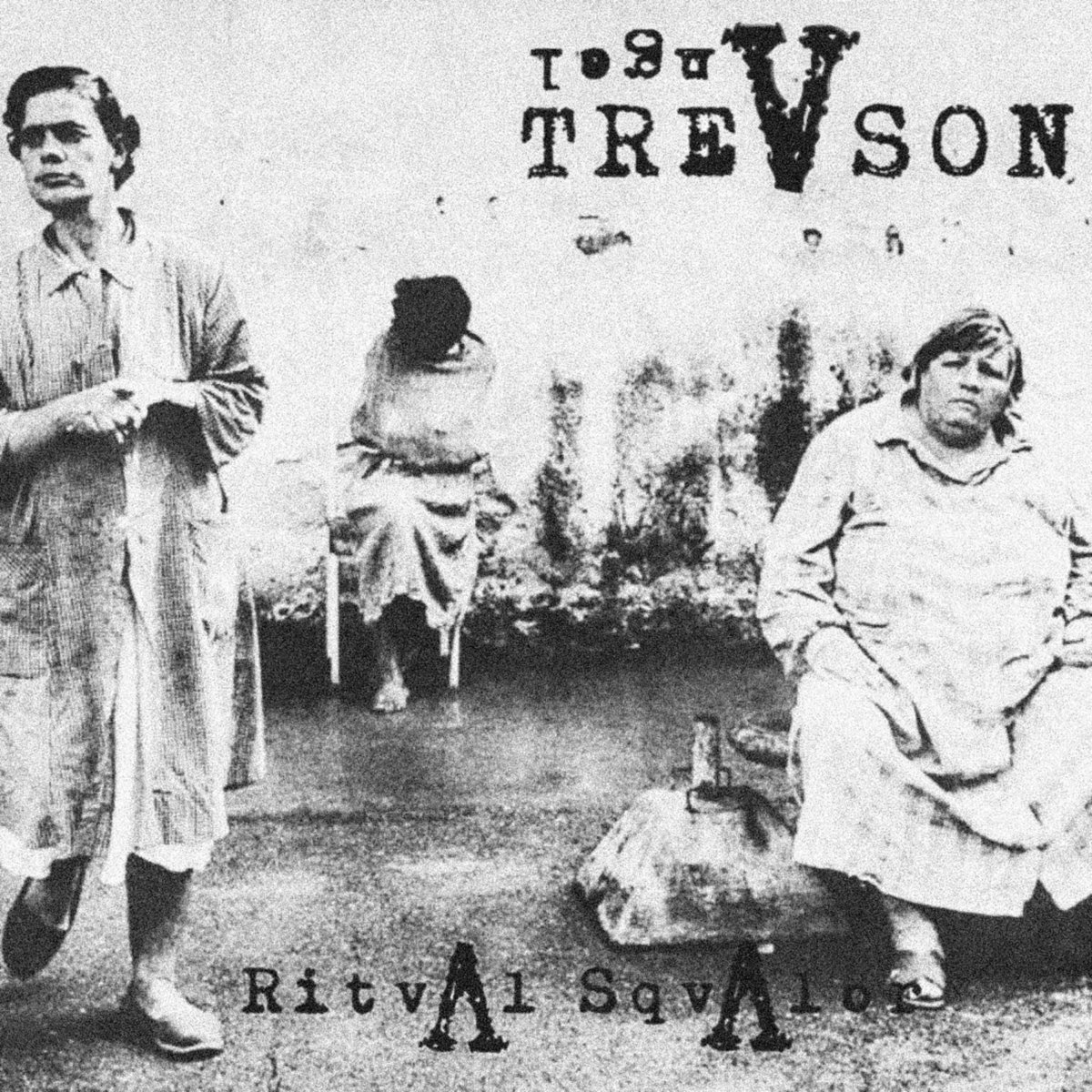 Releasing an album like Ritual Squalor on Halloween is a no-brainer if ever there was one. The debut full-length from SLC-based death industrial act Treason Angel crams nearly every one of its 58 minutes with dense, eerie ambience, grimy and blown-out percussion and a heaping helping of seriously disturbing samples. It all adds up to an ideal soundtrack for a chilly autumn night full of frights, and even though we’re now on summer’s doorstep, the grim, misanthropic vibe of Ritual Squalor manages to prove itself chilling nonetheless.

After a brief but tone-setting intro track, Ritual Squalor launches into an impressively strong opening run. “Radiator” themes itself around late-20th-century Satanic panic with some creatively chopped-up vocal snippets, and the album does an impressive job of establishing the artist’s distaste for organized religion in general and Christianity in particular. “Forgiveness Denied” builds an even greater sense of dread and tension with a churning vortex of chaotic distortion and crashing cymbals, the vocal samples underneath half audible and half lost in the sonic maelstrom. Finally, “Misdirection Directive” opens with an audio clip (I won’t spoil it here) that genuinely sent shivers down my spine the first few times I heard it. Although the album remains effectively spooky and harrowing throughout, the sheer discomfort this track instills undoubtedly stands above the rest in terms of visceral impact.

From there, the album settles into a fairly steady rhythm, with little to jar the listener out of the uneasy atmosphere it cultivates, for better or for worse. The tracks that make up Ritual Squalor’s middle meat tend to blur together a bit, and this isn’t entirely a bad thing. They consistently bring the same overall tone as the first few tracks, and by leaning harder into the more ambient, spacious side of Treason Angel’s sound, the album has a way of fading into the background just enough to really start seeping into your subconscious and getting under your skin. It may be short on individually hard-hitting compositional moments, but by the time I reached the home stretch of Ritual Squalor, I found myself surprised by how entranced I had been by the whole thing.

Treason Angel starts to truly hint at a greater sonic diversity and artistic potential in that home stretch. The skittering hi-hats on “Listen and Learn” push the song almost into IDM territory, and “3 6 9” offers the closest thing to a proper “metal” track on the album with a burly, industrial-rock chug and a few brief moments of screaming vocals. The subsequent “Murder for Hire” doesn’t really do much, but the album still manages to finish on one hell of a high note, with the gothic synth fanfares and angelic chimes of “Finalé” feeling like a weak, watery ray of sunshine finally piercing the dismal fog of the previous 10 tracks—not quite a note of optimism but a hard-won respite nonetheless. These tracks signal that Treason Angel has plenty of interesting directions to take their sound if they so choose, though they may make the rest of the album seem slightly more monochromatic by comparison. If it’s uneven or rough around the edges, the project can only refine and expand its established formula from here. Treason Angel still has both room to grow and improve and the capacity to do so in a variety of ways.

Ritual Squalor’s abrasiveness and unrelentingly nihilistic tone make it an album that certainly won’t be for everyone, nor an album that particularly lends itself to a wide variety of listening contexts. But for those willing and able to brave the noisy, frightening world of Treason Angel, it’s a promising debut with a handful of real standout tracks, one that offers its fair share of creepy and unnerving glimpses into the dark underbelly of society. –Nic Renshaw