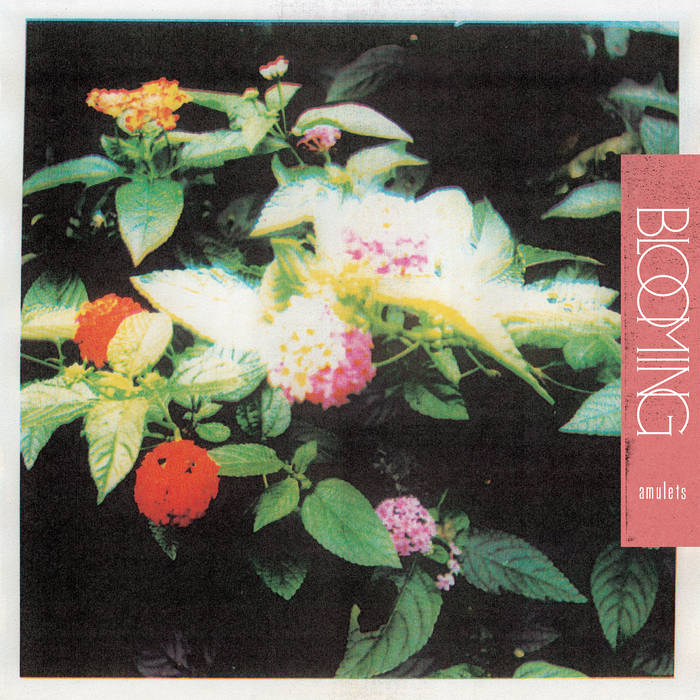 Amulets’ new album, Blooming, is both the product and the beneficiary of a recent bull market for ambient music. After COVID-19 forced everyone’s lives into a holding pattern for months on end, lots of people emerged from quarantine with a newfound appreciation for music that finds beauty and truth in stasis. As if to match this, 2020 also saw an impressive crop of quality releases from nearly every facet of the genre, from Youth Lagoon frontman Trevor Powers using his own health problems as a jumping-off point for an album of formless, alien fever dreams to Tomer Baruch finding viral success combining modular bleeps and bloops with nature documentary footage in Animals And Synthesizers—just two examples out of dozens, not even counting the surplus of ambient (or ambient-adjacent) soundtrack music on offer. With Blooming, Amulets has arrived to both capitalize on the genre’s surge in popularity, and attempt to offer a bit of commentary on it in the process.

Blooming was written and recorded by Randall Taylor while quarantining last year, and as such it finds itself well-equipped to make an argument for ambient’s unique capacity to soundtrack our current cultural moment. Taylor’s loop-based approach to composition yields a handful of truly impressive results here: The title track features some great interplay between recordings of birdsong and dense, static-laden tape loops, and the 8-minute “Collapse in Memory” shrouds a despondent guitar line in layer after layer of warping, corroded sound, mirroring the exhausting mental fog 2020 left so many with. Other tracks, though just as pretty and patient, end up feeling a tad on-the-nose, with titles like “The New Normal” and “Observer Effect” seeming almost over-eager to be read in the context of the pandemic. The album contains enough sonic interest to hold up outside of its thematic trappings, but it’s a bit short on surprises as well, with a sonic palette that stays consistently within any fan of the genre’s comfort zone.

So far, 2021 is shaping up to be another very strong year for ambient, flush with releases from promising newcomers and veterans of the genre alike. In such an uncommonly crowded field, Blooming may not sit at the very top of the heap, but it still makes for a worthy addition to the library of anybody with a voracious appetite for creative, interesting soundscapes. –Nic Renshaw