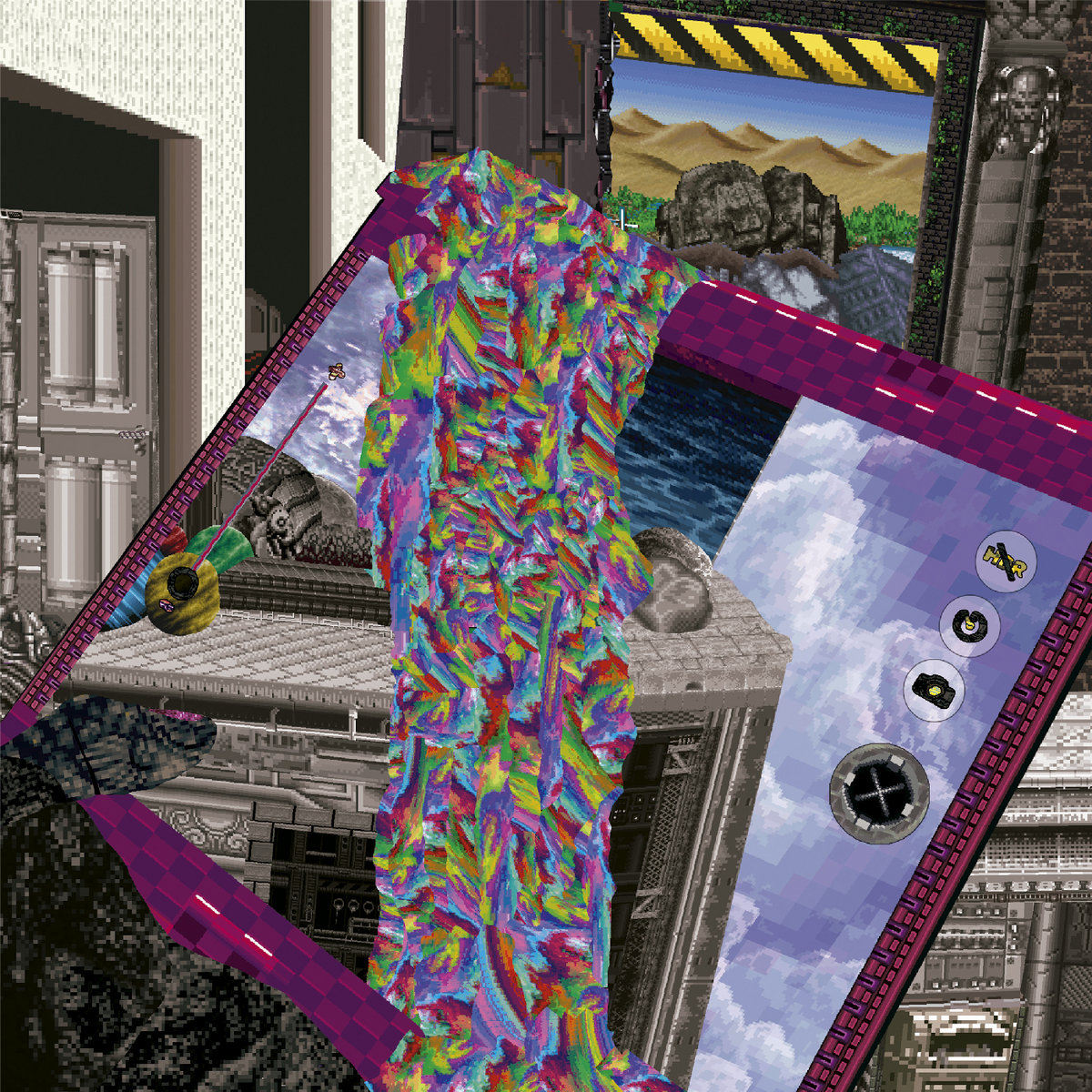 While its overarching tone might be that of sonic oddity and pranksterisms, Wobbly’s Popular Monitress nonetheless oozes an inviting theatricality. With a sound palette that reads like comic book onomatopoeia and a catch-all approach to the lineage of electronic music—the rhythms and sound splicing of hip-hop and Detroit techno against the thematic melodic palette of fantasy video games, all funneled through a compositional approach equal parts Luc Ferrari and Orange Milk—Popular Monitress revels in excess. But despite this encompassing muchness, Leidecker’s sense of play and overt love for grandiosity keep the album out of the weeds. The music flows from station to station, treating each step of the journey along the 21-track ride as a building block of a compositional approach, a marathon stretch of exploration in pursuit of wholeness.

The first leg of Popular Monitress serves as a teaser for the album’s lingering approachability. The three-track run of “Authenticated Krell,” “Appalachian Gendy” and “Lent Foot,” especially, make the best case for Leidecker’s approach as a hairbrained offshoot of proper dance music. The back half of “Appalachian” rides on a galloping two-step with elongated chromatic shouts, the album’s first moment of synchronous cohesion. With its start-stop tendencies and ever-shifting instrumental ensemble, “Lent Foot” most expertly mixes unease with rhythmic confidence as it chops off musical statements in the middle of words and sentences, all before settling into a swinging strut in its final minute. If these eight-or-so minutes offer only a glimmer of the oddity and ambition Leidecker addresses across Popular Monitress’ subsequent and substantive runtime, they do provide some of the most simply fun and re-listenable jams within the oddity.

Part of the album’s inherent strangeness comes from the sub-minute fragments laced within the runtime. From the grumbling squall of the intro, “Instant Canon,” to “Training Lullaby”’s nine-second dissonance blast, these mini-tracks distill Leidecker’s penchant for abstract sound design into nothing more than the moment of its utterance, the spectacle of its creation. Popular Monitress’ most ear-grabbing phenomenon might be its balance of danceable beat patterns and evolutionary arrhythmia, but the sound design provides sustained intrigue—the “equipment used” list in the credits rattles off an odyssey of plugins and apps, each one contributing to a sound world that functions as a self-sufficient ecosystem.

After setting the stage with this nuanced clutter, “Every Piano” (featuring Drew Daniel of Matmos) jolts Popular Monitress into practical rigidity. Its clunky piano melody marches across a straight line with indignance, a drive buoyed by the counterpoint of electronic fluttering and lumbering rhythmic patterns. The proceeding stretch of tracks (through “Help Desk,” none passing the two-minute mark) share a concession toward more stable melodic settings. “Wurfelspiel” returns to piano balladry, while “Simulmakfrata” and “Illiac Ergodos 7!” work in unsettling MIDI classical. “Help Desk” rings out with mocking triumph, blaring like a middle school brass band groping through a fanfare and wincing as they shoot for the high notes.

Throughout this protracted idea speed-run, Popular Monitress reaches its most agitated and unsettled state. Across these tracks, the major-key melodies cackle with defiance over the rhythmic scuttle that builds their foundation. The whole run passes in the blink of an eye, barely touching on a melodic nugget before barreling ahead into the next. While Leidecker never resists an urge to layer in a rain shower of shimmering electronics or undercut everything with a dissonant base tone, the renewed focus on uninterrupted melodies and textures stands apart from the grooving mania before and paints this midsection as the totem to following the most unlikely ideas down a rabbit hole, even if such a hunt results in barely 75 seconds of music.

As a stark contrast to the restlessness shot throughout all of Popular Monitress up to this point, Leidecker stretches out and closes the album with a suite of proper pieces; four of 21 tracks that take up nearly half of the album’s 54-minute runtime. The quartet reads as the culmination of the album’s eye-darting experiments, featuring tracks where the image shards of the previous compositions come together into fully formed portraits. The skewed sense of reference (digitized bagpipe hunting calls and arena-rock synthesizers on “Thoughtful Refrigerator”), the singing melodies (the emotive keyboard tunes laced throughout the title track) and the omnivorous arranging (every second of “Trillonth Riff”) all appear, though not as one-offs as much as train tracks toward something greater.

In pursuit of climactic drama, “Trillonth Riff” serves as the album’s show-stopping, fireworks-clad finale, a clamor abound with reverent harmonic cycles and a fanfare of clashing tones built out of every option in the 120-pack of Crayola crayons. Riding a steady, ceremonial thump across its eight-minute runtime, the track builds toward a final shout of celebration. After the onslaught of the preceding tracks, “Trillonth” (and the nocturnal cooldown of “Leapday Voyager”) possesses an almost sentimental sense of achievement. That the jilted chaos of “Motown Electronium” and “Futility Funktionen” can evolve into completeness and unity has a similar effect to the rewarding slow-pan around vibrantly colored medieval iconography after some three hours of toiling through black-and-white grimness in Andrei Rublev—we’ve seen so much of what it takes and what it’s made of, and now we can simply stagger at the audaciousness of the whole creation. –Audrey Lockie