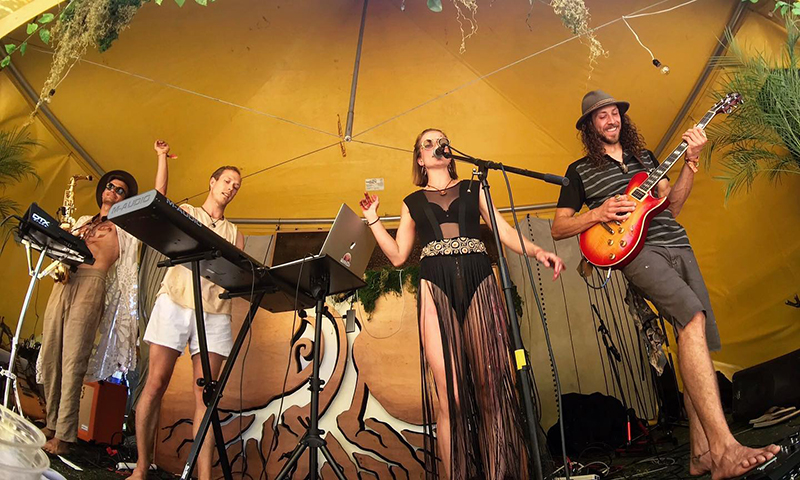 Though they’ve only been together for about a year, Moodlite have developed an impressively versatile range of sound, from singer-songwriter acoustics to club music to soft ballads. The band is comprised of Evan Fleming, saxophonist and producer, Katya Schweiner, vocalist, Tor Carlson, rhythm guitarist and producer, and Sean Eckel, bassist and lead guitarist. Fleming and Schweiner discuss how playing live with notable bands forced them to up their game early on, as well which moments standout from their first year together.