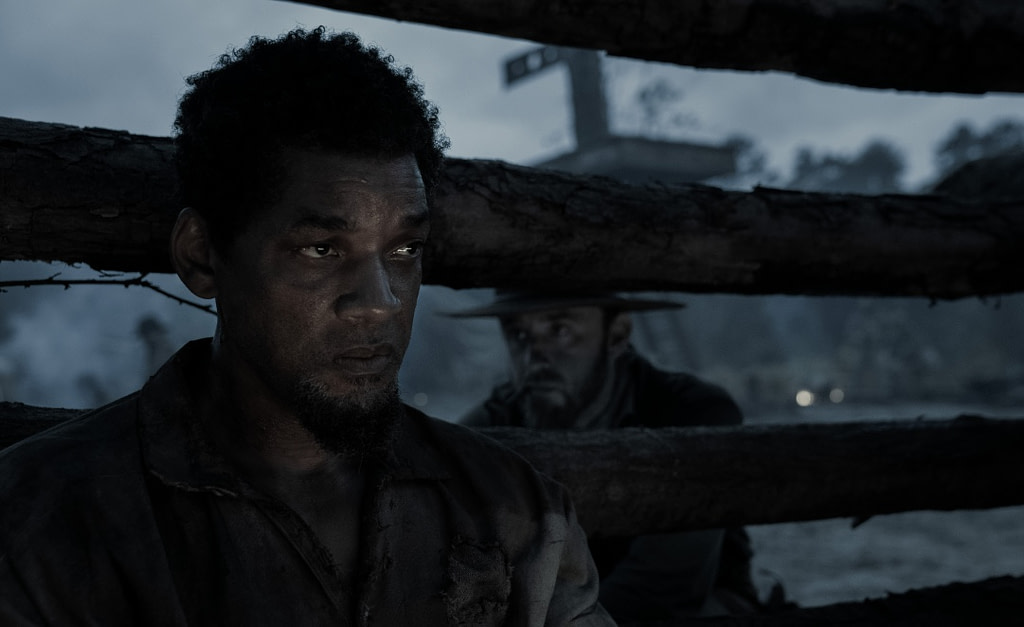 What’s the difference between Pluto and Will Smith? Pluto used to a planet, whereas Will Smith used to be a star. 2022 has undeniably been a tumultuous year for Smith, and it was a surprise to nearly everyone when Apple Studios made the 11th hour decision to proceed with releasing Emancipation, the embattled actor’s Oscar bait, historical-adventure drama.

Emancipation tells the story of Peter (Smith), an enslaved man in Louisiana who hears of President Lincoln’s issuance of the Emancipation Proclamation. Peter decides to make a daring escape, running through the swamplands of Louisiana in an attempt to get to Baton Rouge where Lincoln’s army is waiting. Peter is separated from his family and relentlessly hunted by a man called Fassell (Ben Foster), an obsessive racist who won’t stop until Peter is back in his custody and in chains. The hate and desperation from Fassell are fierce, yet Peter’s determination to set himself and his family free may prove stronger.

Antwone Fuqua (Training Day, The Equalizer) is a skilled craftsman who has proven himself adept at staging action and suspense, and he’s assembled an outstanding team behind the camera, chief among them the great cinematographer Robert Richardson (JFK, Casino, Kill Bill, The Horse Whisperer). Richardson and Fuqua have chosen to present Emancipation in “nearly black and white,” with occasional splashes of color for effect, such as the stark red of blood, images of a faded American flag or a subtle hint of skin tones. It’s a bold choice that creates a stronger connection to the period.

Emancipation is inspired by one of the famous black and white photographs of an enslaved man dubbed “Whipped Peter” by the media of the time, and the color scheme of the cinematography evokes a spiritual connection to those photos. Fuqua, Smith and their team clearly feel a sense of passion and urgency in telling this story, and that counts for a lot. Some of the dialogue is a bit on the nose, leaning toward historic melodrama, but it’s a lot less cheesy than some of the more celebrated films of that genre, not to mention any movies featuring Mel Gibson fighting the British.

While Emancipation is most successful as a period suspense epic rather than a hard-hitting drama in the vein of 12 Years a Slave, Fuqua’s film is a rousing experience. Emancipation never trivializes the horrific realities of this era of American history for the sake of thrills, and while it might not be the most in depth or insightful treatment of the subject matter, it’s a respectful one.

Smith gives a strong enough performance to keep you thinking about the character rather than the Hitchslap most of the time, and his expressive face and ability to channel raw emotion makes him a perfect choice for the role. Foster takes an underwritten character and makes him chillingly real. Charmaine Bingwa is a powerful presence as Peter’s wife, Dodienne, who possesses every bit as much strength and determination as Peter. The acting is stellar all around, even if we don’t get the chance to know any of the characters as well as I might have liked.

For all of the question about whether Emancipation needed to be delayed or not in order to get past the baggage of Smith’s controversial behavior, it’s a good film that deserves a better reception than it’s getting. Still, it’s also not the great, defining film of the moment that Apple was likely hoping for when it decided to bankroll the project. It is a solid treatment of an important subject done in a way that is accessible to mass audiences. Given the current climate where too many Americans want to downplay or even ignore the history and lingering effects of slavery, Emancipation is definitely a worthwhile film that deserves to be seen. –Patrick Gibbs