In his feature film directorial debut, Daniel Martinico brings us OK, Good, a film following the experiences of Los Angeles based actor Paul Kaplan. As he goes to auditions, trains with an acting workshop and goes about his daily life in LA, Paul finds himself in some frustrating situations, which eventaully cause him to lose his calm composure and spiral out of control. … read more

Wild in the Streets
By Johnny Logan

Peter Baxter, the current president of Slamdance and one of its founders, revealed his latest documentary in a special screening during the Slamdance 2012 festival. Narrated by Sean Bean, Wild in the Streets focuses on the town of Ashbourne, Derbyshire, England, built along the Henmore River, where the townspeople have been playing a game called Shrovetide for over 1,000 years. … read more

No Ashes, No Phoenix
By Johnny Logan

No Ashes, No Phoenix follows the Phoenix Hagen, a basketball team in Hagen, Germany, as they fight to maintain their newcomer status in Germany’s 1st league. Knowing that they’ll be booted back down to the 2nd league without a few wins, Phoenix Hagen’s head coach signs on another American player–Michael Jordan. … read more

Neli (Ana Stojanovska) left Bulgaria to go to America, where she ended up getting engaged to Scott (John Keabler), but when she returns to her home country to see her grandmother and her friends one last time, she must decide between the protection and financial security Scott can offer her and the crazy, alcohol-driven passion she finds in her longtime friend, Val (Valeri Yordanov). … read more

Dottie: The Sister Lives On!
By Johnny Logan

As the second play in a season of all female playwrights, and Plan B Theatre Company’s 62nd world premiere, The Third Crossing has plenty to bring to my feminist table. The play won the 2010 Fratti-Newman Political Play Contest, and it’s about to spur some conversation on a whole lot of social issues. … read more

Classical Application: Plan-B and The Scarlet Letter
By Johnny Logan

Plan-B Theatre Company’s 2011/12 season is coming to an end, and The Scarlet Letter marks the last play in this season of all female playwrights, as well as Plan-B Theatre’s 63rd world premiere play. … read more 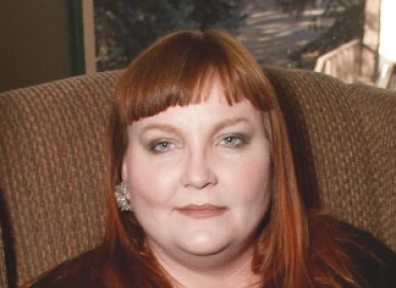 Hilary Madsen is a licensed domestic violence counselor and certified anger management instructor who works with men and women in domestically violent relationships, and specializes in the treatment of trauma and PTSD. Last April, Madsen opened her own private practice (Hope, Health & Healing Counseling Services) because she “continually saw that there were no services for male victims,” she says. … read more 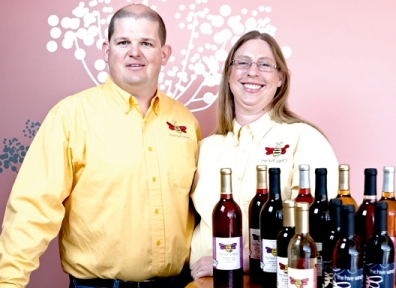 Finding the Drink of the Gods: The Hive Winery and...
By Johnny Logan

The idea for The Hive Winery originated when Jay and Lori Yahne, who both work as engineers, began experiencing difficulties with the recent economic crash. The Yahnes had been home brewing for around 15 years, so starting a business focused on brewing seemed natural. In addition to using local honey and fruit in their production, The Hive also sells a few local honeys and fruit spreads at their site in Layton. … read more Stephen Brown Dance Company has operated outside contemporary norms for 15 years, breaking down expectations and throwing in theatrics to keep audiences on their toes. By offering an interesting combination of modern dance and performance art, SB Dance brings in an almost otherworldly quality to each of their shows. SLUG sat down with the founder and director of SB Dance, Stephen Brown, to discuss his latest production, Of Meat & Marrow. … read more