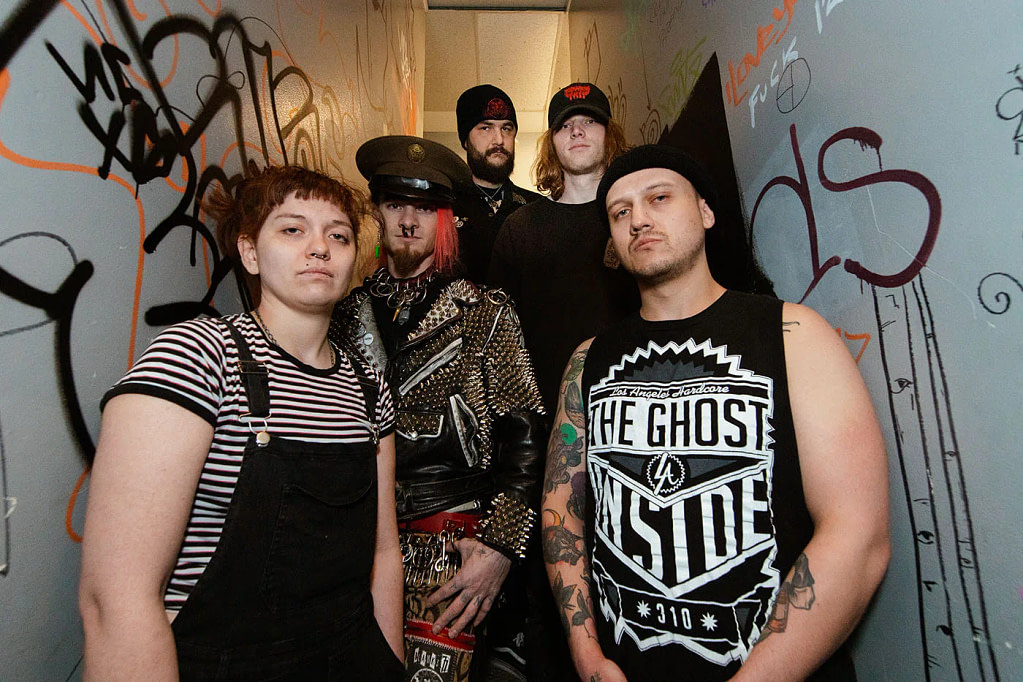 April’s Localized Showcase takes the form of a benefit concert for Kevin Kirk and The Heavy Metal Shop, with Co-headliners In Your Grave and Anonymous alongside opener Suffocater offering distinct takes on mosh-ready riffing for just $5 at Urban Lounge on April 15 (doors at 7 p.m., music at 8 p.m.). SLUG Localized is sponsored by Riso-Geist and Uinta Brewing Co.

Despite their relatively recent impact on the local hardcore scene, SLC five-piece Anonymous has been gestating for quite some time. “Anonymous was a brainchild of mine for the better part of the 2010s. I’ve been writing riffs and lyrics ever since I was 11 years old,” says Bandleader Eric Norris. “I played in a lot of different bands, mostly hardcore bands, and I would write songs that could be a part of that band’s catalogue. But the thing with local bands is that their lifespan is very short … So, a lot of the songs I had written for those bands did not come to fruition, so I was like, ‘Fuck this, I’m just gonna recycle these for my own band.’” Norris and his bandmates have had a long journey to their current position as one of Utah’s more promising hardcore up-and-comers, and for every hiccup and setback they relate, their tenacity shines through all the brighter.

“I’ve been writing riffs and lyrics ever since I was 11 years old.”

Norris finally started the project in earnest in early 2018, as the two bands he played in at the time simultaneously fizzled. “I had a stupid pipe dream of releasing an entire album under a degree of anonymity—hence the name—and I was going to do a one-man band,” Norris says. “I thought, ‘I’ve already got everything written, I’ll play and record it because I know all the instrumental parts on guitar, bass and vocals,’ but I did not know how to play drums. I couldn’t play drums to save my life.” Enter drummer Ryssa Pellum, herself searching for musical opportunities after the dissolution of a previous group. “[My last band] were not passionate about it at all, and I ended up losing it on one of them. I actually beat up the vocalist, and then I left,” she says. Norris adds, “When me and Ryssa linked up, we were just playing in her parents’ basement on this electric drum kit that only half worked. I was there with my guitar and I didn’t own an amp, so I’d use her dad’s amp. And we were just meeting up every day or every other day to run through drills and get the skeletal structure of a band down. It was just us two for the longest time.”

“[My last band] were not passionate about it at all, and I ended up losing it on one of them. I actually beat up the vocalist, and then I left.”

Despite these scrappy beginnings, the then-duo managed to pick up enough steam to enroll guitarists DK Halligan and Ethan Vehar and bassist Tyler Landress over the next two years, all drawn into the band’s orbit by mutual friends and fellow musicians. The result was a group of five musicians contributing a variety of musical backgrounds and stylistic preferences, combining to form a metal-tinged punk sound Landress describes as “[like] taking a chainsaw to another chainsaw.”

As Anonymous was gearing up to record their debut EP, the future of the group was briefly cast into serious jeopardy when Norris suffered a double brain hemorrhage in a skating accident and was rushed to the emergency room. “There was blood coming out my ears, my mouth, my nose,” Norris says. “It was so theatrical.” After a two-week stay in the hospital during which he had to relearn “all the basics of human skills,” Norris was able to return to Anonymous and finish the six tracks that became the Undefined Unknown Unaffiliated EP. Norris expresses some ambivalence about the release, noting that the band is planning to eventually re-record the majority of it for their debut full-length. “This demo EP we have out is exactly that—it’s a demo,” he says. “We’re dipping our toes in the water. If people are really liking this demo, well, okay, just you wait!”

With their sound solidified and their upcoming Localized co-headlining performance poised to further expand their growing local fanbase, Anonymous seems ready to weather whatever the world can throw at them next. “It’s a passion project,” Norris says. “It’s a fuckin’ enterprise.”