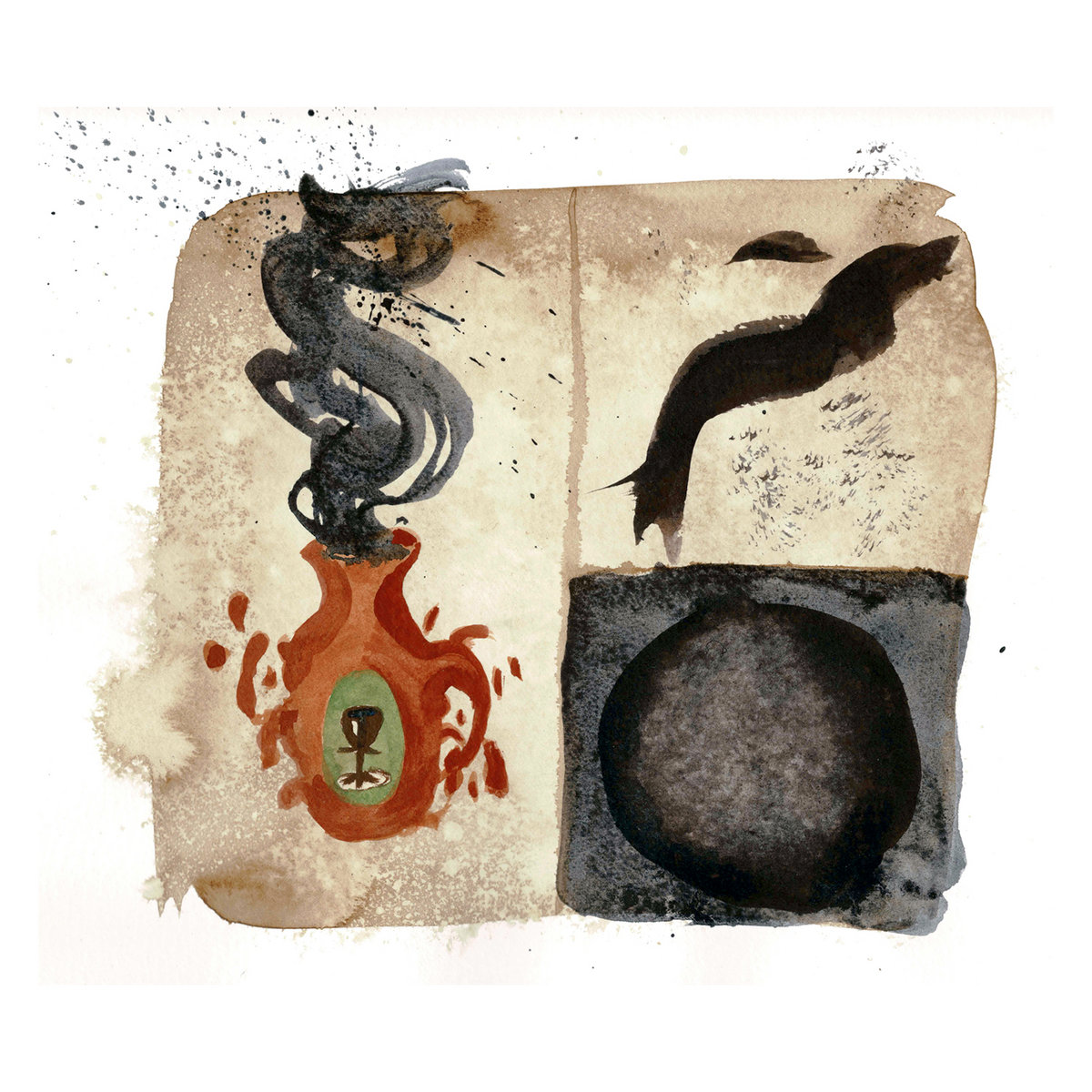 Jeremiah M .Carter and Chelsea Bridge | The Way It Pours Into Itself | Whited Sepulchre

Review: Jeremiah M. Carter and Chelsea Bridge – The Way It Pours Into Itself

Jeremiah M. Carter and Chelsea Bridge
The Way It Pours Into Itself

On The Way It Pours Into Itself, Jeremiah M. Carter and Chelsea Bridge (Mallory Linehan) construct music out of dichotomies—clarity against distortion, human against machine, ordered harmony against dissonant clutter. Rather than present these opposing forces as sparring enemies, Carter and Linehan treat The Way It Pours Into Itself as a test of how closely you can blend oil and water, searching for the unstable mixtures that result from these opposite pairings.

In pursuit of this strange brew, The Way It Pours incorporates lo- and hi-fi sounds in equal measure. The first track, “Ten Stages (I–XXII),” opens with violin that sounds like it’s barely gurgling out of disintegrated tape. Nearly four minutes into Linehan’s loping improvs, the musical landscape melts away into a sleek MIDI choir—the acoustic brittleness into a full-bodied, electronic sheen.

The surrounding 10 minutes of the track wander through a series of similarly fleeting fragments—violin-and-hand-drum meditations at the 1:00 mark, choirs of detuned violin elegies at its midpoint, the plodding jumble of keyboard tones that closes the track. This unrest imbues “Ten Stages” with a quality of aleatoric entropy. The contrasting bits fade in and out of each other like crossed radio signals, Carter and Linehan filtering in snatches of sound from various times, traditions and technologies without pinpointing their origins. If the whole piece feels scattered and scant, it does so in service of perpetual mutability.

Closing track “Babel” exists under the same collapsed contexts as “Ten Stages,” though with less urgency. Many a moment hovers on mixtures of violin harmonics and sandpaper synths, allowing the piece to sink deeper into each of its distinct textures. Carter and Linehan also permit more mingling among their divergent sonics. The same characters arrive, but the digital choir now sounds as if they’re singing along with Linehan’s violin scree; the relay race gives way to group rowing. If “Ten Stages” is anxious, alive with shapeshifting indecision, “Babel” swims in the murky middle ground.

Running less than 25 minutes, The Way It Pours Into Itself experiments with sound like volatile, organic matter. What might read as muddled development in its early phases eventually evolves into something more cohesive, though no less alien. In its final seconds, a violin-and-voice duet intone a river-like lullaby before abruptly shuttering with an end-of-tape jolt. Our transmission’s been clipped, leaving in its wake our sustained marvel at the now-lost new forms. –Audrey Lockie