So why haven’t you been to the opera lately? Don’t give me that bullshit about it being stuffy.

Someone was murdered during the last one, after he was discovered with his true love in a New Orleans graveyard—that’s about as far away from stuffy as you can get without being arrested. And where else would you get a chance to hobnob with Deedee Corradini and the governor in the bathroom during intermission? You could talk a little politics while you’re shaking the 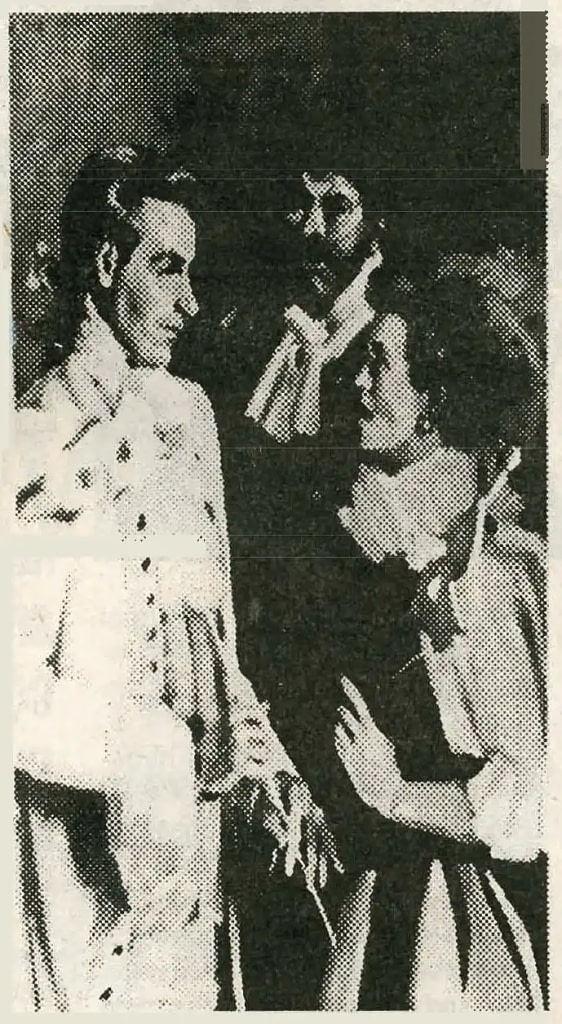 proverbial dew off the limb.

I happened to attend the opening night of Un ballo in maschera by Giuseppe Verdi—that’s Joe Green for those who do not speak Italian, also not very stuffy—on October 10, which also marked the opening of the Utah Opera’s 15th season.

Although this particular opera is usually set in colonial Boston, the Utah Opera folk decided to jazz it up a little (pardon the pun) by setting it in New Orleans during Mardi Gras. And although it was clear to me they had never been to New Orleans to celebrate Fat Tuesday (I have, it’s scary), they did give it a good effort.

This was the first time Utah Opera had ever decided to create their own setting and time period using local people (normally they haul in sets from out of state), and they did a good job of it, except for the part when the headstone fell off into one of the graves. Who says Opera isn’t exciting?

So this is the story. The hero, Riccardo, the Governor of Louisiana, gets stabbed by his best friend, Renato, during the middle of a masked ball, after Renato catches him with his wife, the beautiful Amelia, dallying around in the graveyard. Amelia goes to the graveyard after the Voodoo Queen tells her to pick some noxious herb off of the base of a grave, to cure her of her longing for Riccardo. He follows her there and, well, you get the picture.

Did I mention that the Voodoo Queen predicted he would be murdered by his best friend, and he ignored her? And Renato, the poor guy, gets sucked in by a bunch of treason-minded blackguards who were plotting to murder Riccardo all along. ll because his wife was cheating on him.

I did see a couple of black-garbed undergrounders during intermission, who looked like they had been to Mardi Gras—actually they looked as if they had been bitten by vampires, but that is neither here nor there. I probably looked like that when I got back, wandering around scaring the Mormons. They were enjoying themselves. And where else can you do that without getting kicked out of Temple Square?