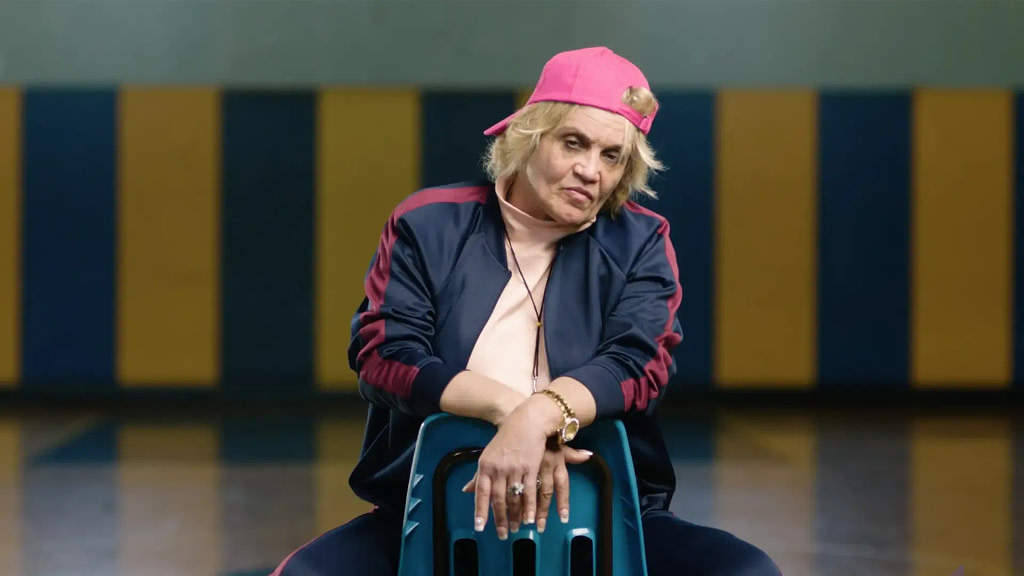 We’ve all heard the old saying that getting ahead in show business is all about who you know. In Who’s Annie?, a quirky sitcom pilot premiering in the Episodes category at the 2023 Slamdance Film Festival, it’s all about who you meet at Burger King.

Who’s Annie? is the story of two women: Annie (Annie Pisapia) has recently gotten out of prison, is in her mid 50s, and is looking for a new direction; Sophia (Sophia Peer) is a film and TV director looking for inspiration. A chance encounter in a fast food parking lot in Queens changes both women’s lives when they decide to work together to make a show based on Annie’s life. Sophia is drawn to Annie’s chutzpah and down-to-earth charm, and Annie is drawn to anyone who wants to put her on camera. Who’s Annie? is a meta, comedic take on Annie and Sophia’s real life friendship and working relationship.

“It’s definitely an exaggeration,” Peer says, explaining that in actuality, she was introduced to Pisapia through a Craigslist posting, and they ended up arranging to meet up at a Burger King after she had seen a video the actress had sent her. “She was pretending that these lifesavers were alcohol pills or drugs or something,” Peer says, “and it was so out there and funny and interesting, and I was like, ‘I’ve got to meet this woman, whether she’s right for this part or not.’”

Pisapia was more than a little surprised when Peer called her up a couple of months later to pitch the idea of a show about Pisapia’s life “I said to myself, she’s either drunk or she means it,” Pisapia says. “It could have been both, but here we are.” The pilot episode introduces the characters and sets up their quirky collaboration. It also briefly chronicles Pisapia’s career up until that point, including a montage of clips from background appearances on Blue Bloods, Law and Order and Orange is the New Black, all of which are real clips of jobs that Pisapia was able to get through casting notices posted on Craigslist.

It was on Orange is the New Black that Pisapia made something of a breakthrough, grabbing the casting department’s interest when she volunteered her assistance as an on-set consultant based on her real-life experience with incarceration “As I’m saying, ‘You know, I think I could offer a little experience to this show,’ I’m thinking to myself, ‘Holy shit, Annie, you’ve just opened up a whole Pandora’s box,’” Pisapia says with a laugh, though her instincts proved to be right on the money. “I worked the entire season as background. So you never know. They say ‘be your true self.’”

The screen version of Peer may have a slightly harder time being less true to herself than the real one. The fictional character feels the need to use a “younger and hotter” actress named Kim (Sofia Dobrushin) to play her on screen, while Peer plays herself. The younger actress was indeed originally cast to play a fictional version of the director. When the pilot’s co-writer, Annie Sicherman, saw the director giving instructions to an actress playing a fictionalization of herself, a whole other layer for meta comedy presented itself. “I would say I struggled the most with the acting of everybody,” Peer says. “There are some things that are better than others. I’m getting there.” Peer and Pisapia even decided to take an acting class together, taught by stage and screen legend Chazz Palminteri (A Bronx Tale, Modern Family), which was both an educational and bonding experience for the two women.

The drive to tell stories, including a version of their own, brings Pisapia and Peers together into a shared sense of purpose bordering on obsession. It also makes for a delightful comedy with characters that you can’t help but root for, both onscreen and off.

Read more recent Slamdance coverage:
This Is Where We Meet: Nina Ognjanović On Where The Road Leads
Down The Rabbbit Hole With Space Happy Director Louis Crisitello