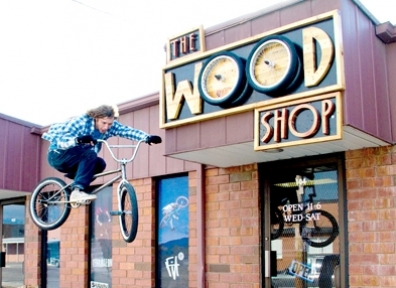 For the last 15 years, Cameron Wood has been perusing the back alleys and grungy side-streets of Salt Lake on his BMX bike. Instead of focusing on giving the public more contests or being a poster child for his sponsors, Wood is taking a more unique approach with his involvement in the sport. The Wood Shop, recently opened by Wood, is not just the sole BMX-only shop in Salt Lake, but it is also home to his unique, crafty carpentry designs. … read more 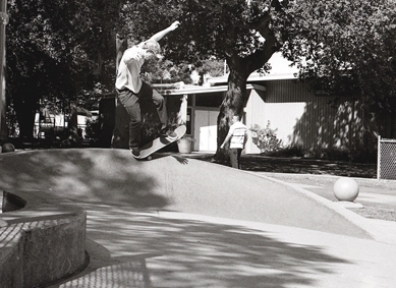 I took this photo of my friend, Millionaire Michael (real name withheld to protect his stock market status), last October at this strange spot on the outskirts of Oakland, Calif. This spot is in a city park in a really mellow neighborhood. It actually used to be a skatepark in the 1970s. When the 1980s hit and skateboarding kind of died, the skatepark was torn out and the city turned it into a playground. … read more 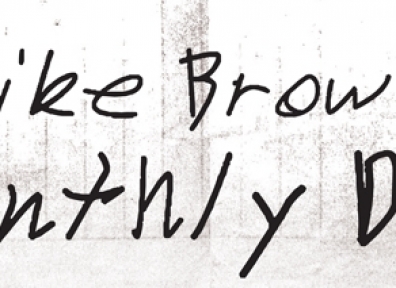 One of those amazing digital tools that has affected me personally over the last year has been Twitter. I’ve become obsessed with it as of late, and I have noticed that a lot of my friends completely don’t understand Twitter. The concept is simple, but its appeal might not be. As far as social media goes, it’s kind of like Facebook and MySpace had a one-night stand of intense fucking while their retarded older cousin, Friendster, stood in the corner and watched. … read more 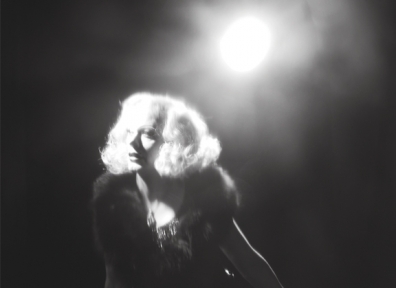 Not too long ago I received a letter in my inbox from McCarty Talent. It was an agent who, as it turns out, I knew from San Francisco and has relocated to SLC. Fernetta Gingerback, as I knew him, told me that there was a role that I was born to play and that I should contact the agency ASAP for the exciting details about the production and audition. That was the huge turn off. When I hear the word “audition,” I instantly get sweaty and clammy, because that word translates to “rejection.” … read more 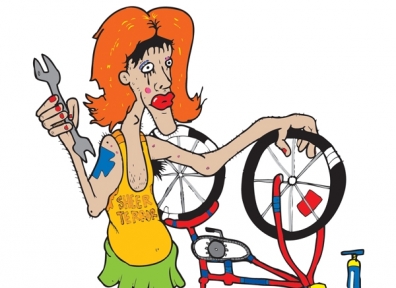 Bike shops intimidate me. I don’t think it’s so much that I walk into a shop and there’s a whole bunch of dudes who know way more about bikes than I ever will throwing around bike mechanic gibberish—I’ve got mad respect for people who can do things I can’t (yet) do. I guess I just feel a little sheepish walking in there and asking them to switch out my pedals when I purchased a fixed gear primarily for its low maintenance. This is why the Salt Lake Bicycle Collective is one of the greatest places in all of Salt Lake. … read more

Hey Dickheads,
I barely see anything political in SLUG, and I wanna know what you guys think about the recent bills on sex education and abortion … read more 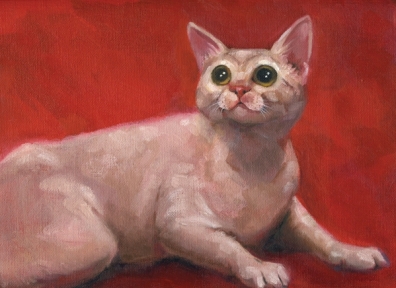 I’ve always believed art can be found anywhere, but after recently traveling America’s scenic by-ways, I was in awe of how much art, good and bad, was available at every truck stop, gas station, roadhouse and teepee stand. This experience made me keenly aware of the depth and breadth of art that Utah has to offer. … read more 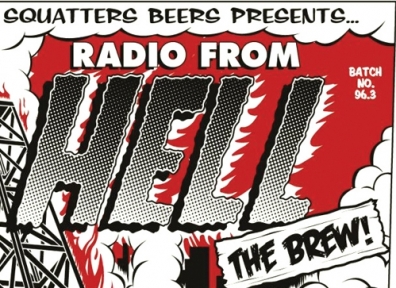 This set of beer reviews is inspired by the idea of keeping your brew brethren in mind. In this small boozing city of ours, we are commonly linked by our enjoyment of finely crafted libations. We need to keep our guards up and fight the evil piss-beer powers that be, and more importantly, promote growth of the industry by sticking together! So with that in mind, it is only appropriate that we talk about collaborative beers that unite both local enthusiasts and out-of-state supporters. … read more 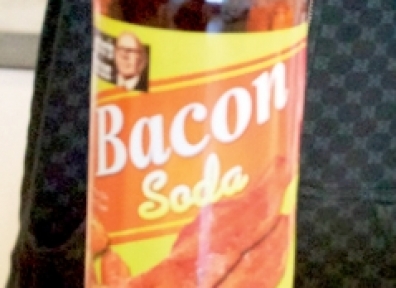 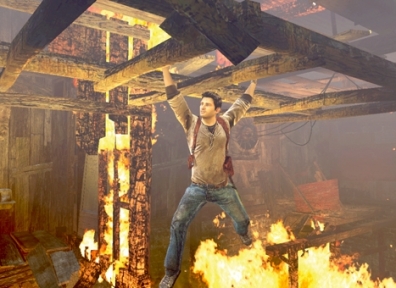